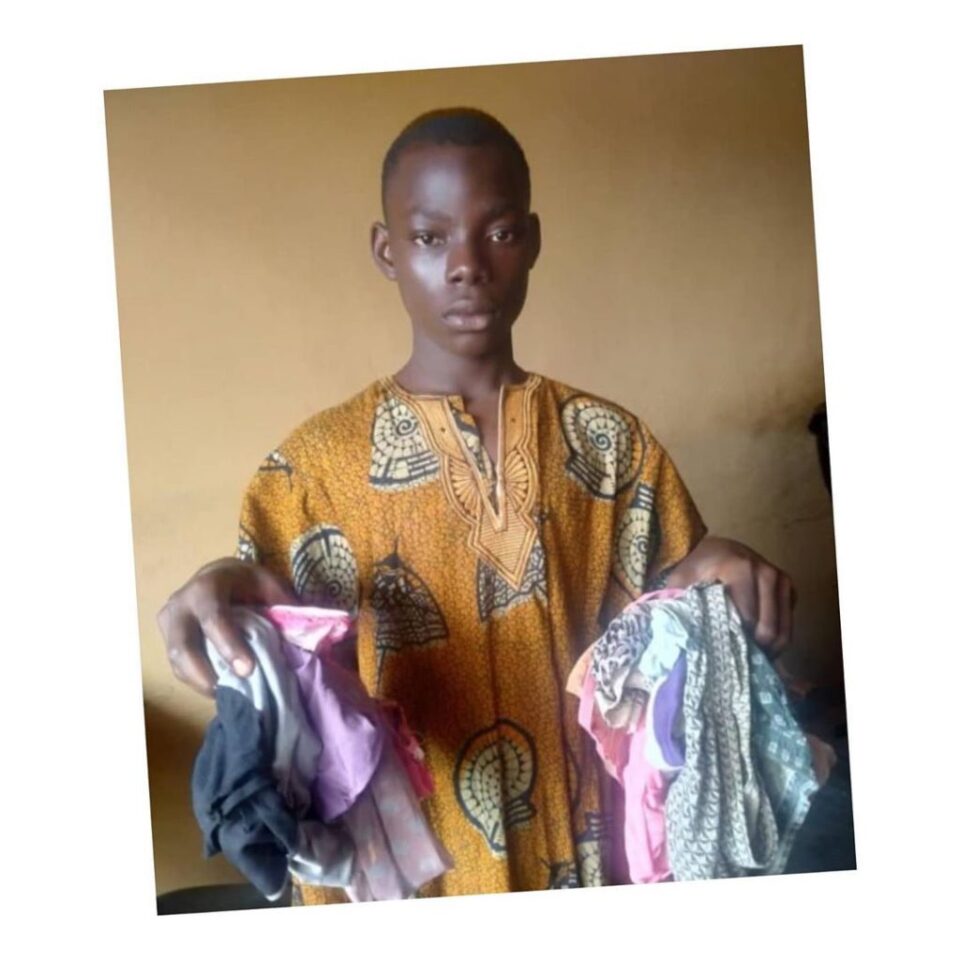 A 16-year-old boy identified as Adeniyi Muhammed has been arrested in Ogun state after being caught with 14 used female panties.

Ogun state police spokesperson, Abimbola Oyeyemi said the suspect was arrested after a resident of Kano Street in the Ayetoro area of the state lodged a complaint over the theft of her panties on Tuesday August 18.

“A search warrant was executed in his dwelling house and another 14 used woman pants were recovered there. The suspect has confessed to the commission of the crime but claimed that he was sent by somebody to get those pants for him. Effort is on top gear to get his so-called accomplice arrested.”

It was further learnt that the state Commissioner of Police, Edward Ajogun has directed that the suspect be transferred to the State Criminal Investigation and Intelligence Department for further investigation.

Man arrested for allegedly defiling his 15 year old daughter; claims he wanted to check if she is still a virgin