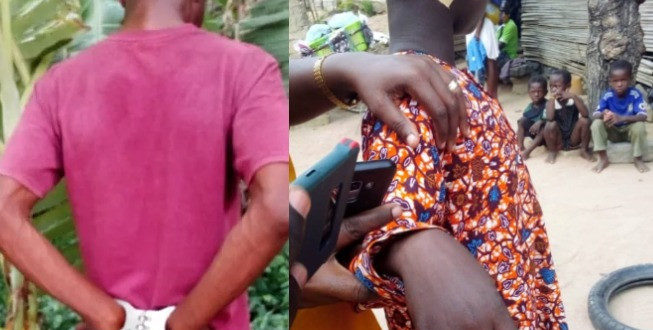 Man severs ears of his 10-year-old son, burns his fingers for stealing his money

A 55-year old Osmanu Mumuni is in the firm grips of the law for severing the ears of his 10-year-old son and burning his fingers for stealing his money.

The incident which occurred at Obom-Domeabra in the Greater Accra region is said to have been triggered when the father accused the young boy of stealing ¢250.

According to the Weija Divisional DOVVSU of the Ghana Police Service, they received a distress call on Sunday, May 17, 2020, from the mother of the child that her ex-husband Osman Mumuni whom the boy stays with, had been physically abused for the said crime.

The father of the boy is said to have cut off part of the right ear of the boy with a blade and later burnt his fingers in an open fire to get him to confess to the crime.

The victim who had marks of assault all over his body was sent to the Amanfrom Poly Clinic near Kasoa where he was treated and discharged.

The father of the boy who is in the firm grips of the police confessed to assaulting his son and described him as a stubborn and disobedient child.