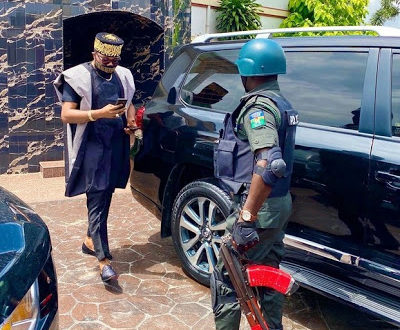 The Inspector-General of Police, Mohammed Adamu, has ordered the immediate withdrawal of the police escorts attached to the Chairman of Five Star Group, Emeka Okonkwo aka E-Money.

Okonkwo, who is the brother to musician, Kingsley Okonkwo aka K-Cee, was said to have drawn the ire of the police boss for using policemen like domestic servants.

An order, it was learnt, was immediately issued to the Lagos State Police Command to withdraw the six policemen attached to E-Money.

A top police officer said, “We received a signal from the Force headquarters on Monday that the police detail of music executive, E-Money, be immediately withdrawn and an investigation into the man be launched.

“The IG was surprised that policemen were attached to him in the first place and were being used like domestic servants, carrying umbrellas, opening doors, and doing menial jobs for him.

“The policemen were discovered to be attached to B Operations at the command headquarters and not MOPOL which is the usual practice. So, we have withdrawn his policemen and we are inviting him for questioning. The policemen will also be interrogated.”

E-Money, who also claims to be a clearing and forwarding agent, is known for his flamboyant lifestyle.

He boasts of two Rolls Royce, two Mercedes Benz G Wagons and other Sports Utility Vehicles worth billions of naira.

When contacted on the telephone, an associate of E-Money, Chidozie Dike, said he was not aware of the development and he believed it was not true.

I am not aware and I don’t think this is true,” Dike said.

The probe into E-Money comes less than a year after that of an Instagram celebrity, Ismaila Mustapha aka Mompha, who was also known to show off his ostentatious lifestyle on social media.

Sources said that more social media celebs are also on the radar of the police and other law enforcement agencies.

The Lagos State Police Command spokesman, Bala Elkana, said he would find out when he was contacted for comment while the Force Public Relations Officer, Frank Mba, had yet to respond to a text message as of press time.

Previous YAHOO BOY DUPES GERMAN LADY OF 10,000 EUROS VIA DATING SITE
Next “I killed my daughter because she deprived me of becoming a lawyer” — 22-year-old woman who drowned her one-year-old baby in Lagos says 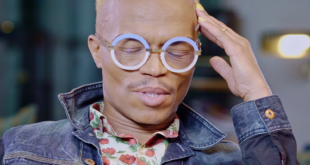 A woman in South Africa is safer with wild animals than at home or in the streets – Media personality, Somizi

South African media personality, Somizi has lent his voice to the widespread violence women in …