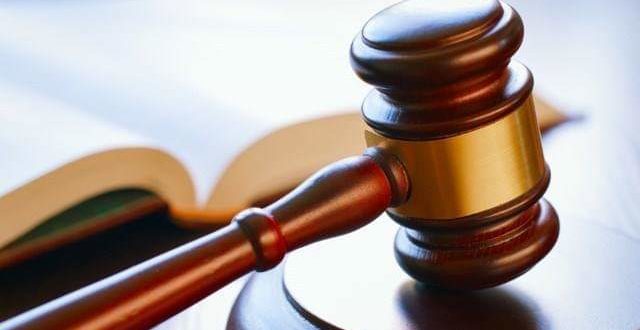 An interim forfeiture of N510million contained in an account belonging to a ‘company’ Elioenai International College, allegedly owned by former commander of the Presidential Air Fleet (PAF), Air Vice Marshal (AVM) Uko Etim Ebong, has been granted by a Federal High Court in Abuja.

The  ex-parte application filed and argued by counsel  to the Economic and Financial Crimes Commission (EFCC) Ekele Iheanacho, was granted by Justice Ahmed Mohammed on Monday May 11.

AVM Ebong who was the commander PAF between 2013 and July 2015, was accused of receiving N731million through a company with which he allegedly has a link – Magnificent 5 Ventures Limited, from the office of the National Security Adviser (ONSA) without any contractual agreement.

“AVM Ebong, while being a public officer, managed and used private companies to carry out financial transactions while concealing his identity.

“Magnificent 5 Ventures Ltd is a company registered with the CAC. Though directors of the company on paper are Mrs. Ebong Mercy Uko (the wife of AVM Ebong) and Ekpo Ubong Asuquo (AVM’s in-law i.e brother to AVM’s wife); AVM Ebong controlled the financial dealings of the company.

“Without any contractual agreement, N731, 000, 000.00 was paid to Magnificent 5 Ventures Limited between May, 2014 and October, 2014 by the ONSA under the guise of payment for renovation of PAF barracks, PAF staff quarters.

“There is no proof of any work carried out by Magnificent 5 Ventures Ltd based on which the above payments were made to it.

“That upon receipt of the above funds into the account of Magnificent 5 Ventures Ltd, the funds were transferred and fixed deposited in the Sterling Bank Account of Tripple Kay Company Nigeria Ltd.

“The transfer instructions were purportedly authorised by Mrs. Ebong – the wife of AVM Ebong.

“Tripple Kay Company Ltd is a registered company with its directors as Ebong Ikanke and Ebong Mercy Uko. AVM Ebong signed as director in the CAC particulars of Directors with the name Ebong Ikanke.

“AVM Ebong also not only signed as the company’s secretary in the company’s Board resolution in opening account with Sterling Bank; he was similarly signatory to the account of the company at all material times.

“The sum of N510, 000,000.00 was transferred from the Sterling Bank Account of Tripple Kay Company Nig. Ltd to the account of Elionenai International College on January 18, 2016.

“Elioenai International College Ltd is a registered company whose account in Sterling Bank Plc had Adesina Kolawale as the sole signatory.

“Mr. Kolawale, in his extra judicial statement to the applicant (EFCC), stated that though he was the sole signatory to the Sterling Bank account of Elioenai International College Ltd, AVM Ebong signed all the transaction instruments on the account being the owner of all the funds that passed through the account.”

Ruling on the application filed by the EFCC, Justice Ahmed Mohamemd directed the anti-graft agency to publicise the order for anyone who is interested in the funds to appear before the court and show cause within 14 days, why the money should not be permanently forfeited to the Federal Government.