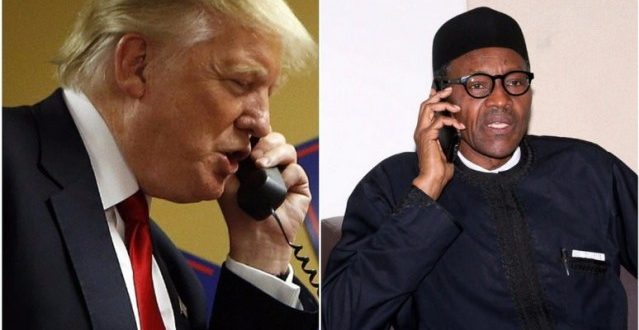 At the presidential task force on COVID-19 briefing on Tuesday, Lai Mohammed, minister of information, had announced that President Muhammadu Buhari spoke with Trump on the peculiarities of how the COVID-19 pandemic was being addressed in Nigeria.

“The conversation centred on Nigeria’s response to the COVID-19 pandemic. President Buhari used the opportunity to brief the American President on the steps that Nigeria is taking to contain the spread of the disease,” the minister had said.

“On his part, President Trump assured that the United States stand in solidarity with Nigeria in this difficult time and promised to send ventilators to support the country in its fight against the pandemic. President Trump also extends his best regards to the people of Nigeria.”

Speaking at a press briefing aired on Fox News, Trump confirmed that there were plans by the US to send ventilators from Florida to other countries amid the coronavirus pandemic.

Ron DeSantis, governor of Florida, was at the briefing. According to Trump, Florida had been in need of ventilators and thousands were sent to them and now, they had a surplus not being used which could be sent to other countries.

“You’ll build up your stockpile because these other countries, Italy, France, Spain; we’re sending to Spain. I spoke today to Nigeria. They’ll do anything for ventilators. We’re going to send at least 200 ventilators to Nigeria; probably more than that.”