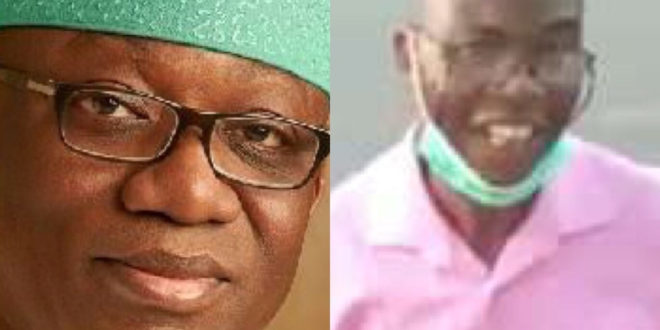 Governor Kayode Fayemi of Ekiti state has offered an appointment to the Nigerian dad who denied his son entry into his home after returning from Lagos.

Mr Femi Adeoye, a resident of the state and a retired FRSC official, became a viral sensation yesterday after a video of him saying he will not allow his son who just returned from Lagos state, to enter his house.

Scared the young man might have contracted Coronavirus, Mr Adeoye said his son must present himself to the state government officials so he can be isolated for a period of 14 days. According to Mr Adeoye, he doesn’t want a situation where his son becomes a ”distributior” of the virus in the state.

Impresed by Mr Adeoye’s discipline, Governor Kayode Fayemi, on Thursday afternoon April 30,  afternoon invited him to his office where he applauded him and then offered him an appointment to be the COVID-19 Response Ambassador in Ekiti State. 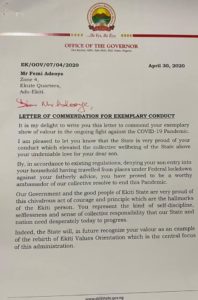