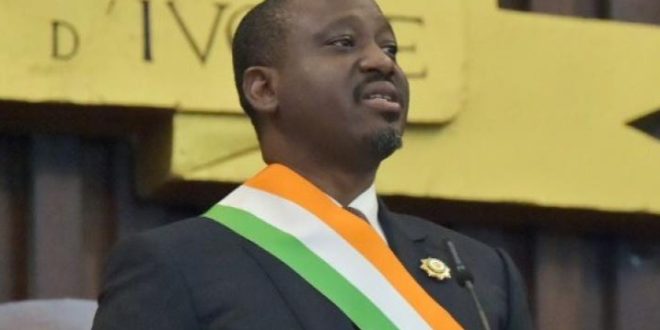 Guillaume Soro, the former rebel leader running for president in Ivory Coast, was convicted in absentia on Tuesday of embezzlement and sentenced to 20 years in prison.

Soro, 47, also a former prime minister and rebel leader, was found guilty of concealment and embezzlement of public funds and money laundering, during a hearing in the city of Abidjan in the absence of his lawyers.

The former prime minister, who is in exile in France, has denied the charges, claiming they are politically motivated.

Last week, the African Court on Human and Peoples’ Rights ordered Ivory Coast to suspend its arrest warrant for Soro and to release 19 of his relatives who have been imprisoned for several months.

An arrest warrant was issued to Soro after he announced his candidacy for the presidential election on Oct. 31.

”I am still running for the presidency and I will win,” Soro said in a Facebook post following the court sentence.

”I consider this verdict as a non-event,” Soro added.

Soro also led a rebel movement against former President Laurent Gbagbo in a post-electoral violence in 2010-2011 that had resulted in the death of some 3,000 people, according to UN figures.

Gbagbo had refused to recognize his rival Alassane Ouattara’s victory in the November 2010 presidential election.