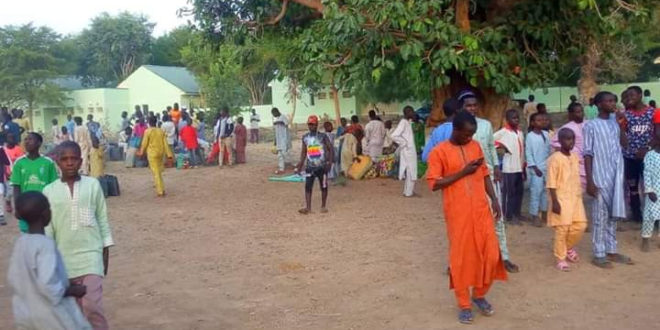 The state Governor Alhaji Muhammad Badaru Abubakar who received the almajiri at the NYSC camp in Jigawa on Thursday, said they would undergo medical screening before they are allowed back to their homes.

According to the Governor, the children would be provided with beds and food until they are declared safe to be safe to mingle with other people in the society.

While responding to Journalists the Governor said Jigawa has no intention to evacuate non indigene almajiri to their states as this would pose more danger in the spread of covid-19.

The commissioner of Education, Mr Sunusi Kiru, who led the team that brought the almajiri to Jigawa said the children went through medical screening before they boarded for Jigawa.