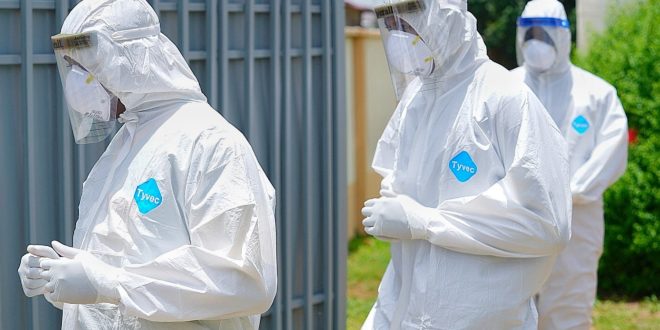 The Commissioner for Health, Dr. Mojisola Yahaya-Kolade confirmed the news at a press briefing on Wednesday.

She explained that the deceased was a 29-year-old pregnant community health worker, who beat the curfew in operation to arrive at the state from Lagos close to her delivery date.

Dr. Yahaya-Kolade further added that the patient went through a cesarean section for delivery at a private hospital in the state, adding that she suffered a cardiac arrest and was referred to a Federal Teaching Hospital where she died this morning.

The Commissioner said the deceased infected a 45 -year-old medical doctor, who had been identified as the fourth index case by the Nigeria Centre for Disease Control(NCDC).

“The woman showed signs of stability on Monday but unortunately her condition deteriorated yesterday and we lost her exactly 6.58am today” she said

The Commissioner said the state government will liase with the family of the deceased to ensure she is buried according to the guidelines of the NCDC and the World Health Organization.