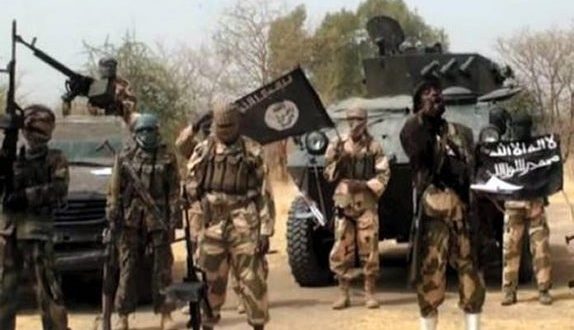 44 suspected members of Boko Haram were found dead in a prison in Chad’s capital city of N’Djamena on Saturday April 18.

Autopsies conducted on the late suspected terrorists revealed that they ingested a substance which caused heart and breathing complications, according to the Chadian government.

Chad’s chief prosecutor Yousssouf Tom who confirmed the death on national television, said the suspects were arrested during a recent operation against Boko Haram carried out near Lake Chad.

“Following the fighting around Lake Chad, 58 members of Boko Haram had been taken prisoner and sent to Ndjamena for the purposes of the investigation.

“On Thursday morning, their jailers told us that 44 prisoners had been found dead in their cell.

“We have buried 40 bodies and sent four bodies to the medical examiner for autopsy.”

A security source speaking on condition of anonymity  countered the chadian government’s claim, accusing them of starving the prisoners.

“The 58 prisoners were placed in a single cell and were given nothing to eat or drink for two days.” The source told AFP

Mahamat Nour Ahmed Ibedou, secretary general of the Chadian Convention for the Protection of Human Rights (CTDDH) made similar accusations.

Prison officials had locked the prisoners in a small cell and refusing them food and water for three days because they were accused of belonging to Boko Haram. It’s horrible what has happened.

There was no ill-treatment. Toxic substances were found in their stomachs. Was it collective suicide or something else? We’re still looking for answers and investigation is still ongoing.

Recall that the Chadian army carried out an offensive between March 31 and April 8 near Lake Chad, in response to a large-scale attack on an army base near the lake that left 100 soldiers dead. At least 52 soldiers and 1,000 jihadists were killed in the counter-operation.

Previous FCTA: Those not well kitted at Abba Kyari’s burial will be tested for COVID-19
Next Sleep with your eyes closed, we’ve neutralised ‘One Million Boys’ since – Lagos Commissioner of Police tells residents