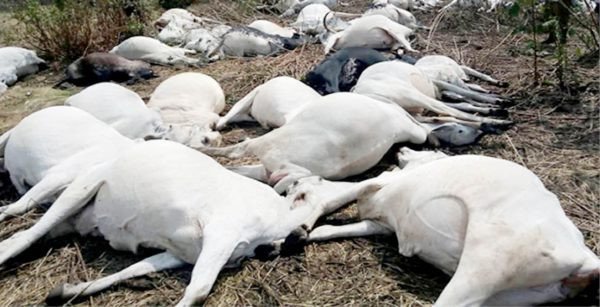 Kogi state governor, Yahaya Bello, has banned the sale of beef in Lokoja, the state capital and its environs for the next 48 hours.

The ban is coming barely 24 hours after 12 cows mysteriously died in Lokoja on Thursday April 9 while grazing at a land belonging to the Nigeria-Korea Vocational Institute.

A statement released by the state Commissioner for information and Communication, Kingsley Fanwo, said an investigation has commenced into the cause of the deaths.

The statement reads in part

“The attention of the Kogi State Government has been drawn to the report of dead cows within the Lokoja Township. We wish to inform the people of the State, some of the proactive measures taken by the Government to find out the cause of the death of those cows and to also ensure their beef does not find their way into our markets.

Security agencies and the affected Government Ministries and Departments have been mandated to form strong institutional walls that will stop the beefs from getting into the market as it is detrimental to health.

The State Government has committed to briefing members of the public on findings about the incident. We also urge our people to volunteer intelligence that will help us unravel the mystery behind the death of those cows”.

5G is not spreading Coronavirus – WHO