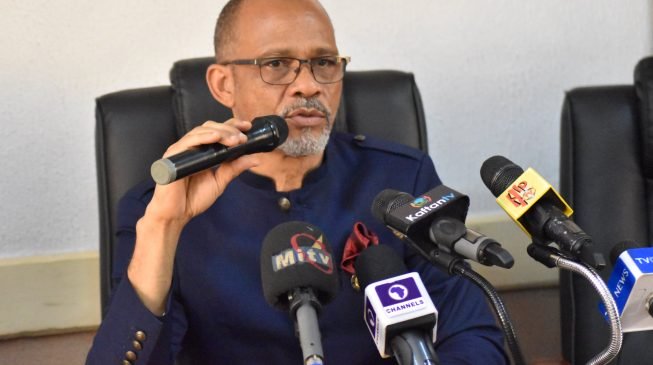 At a press briefing on Monday, Abayomi explained that as at week four, 82 percent of the COVID-19 cases were imported into the country.

The commissioner said the following week, 45 percent of the patients had no travel history – an indication that local transmission was on the rise.

“At the end of week 4, 82% of the patients imported the disease from abroad while 18% had no travel history,” he said.

“By the end of week 5, 45% of the patients have no travel history. This shows that the importation is decreasing and local transmission is increasing.”

The commissioner said of the 120 confirmed cases of the disease in Lagos, 87 are still active while 29 have been discharged.

“There have been 120 confirmed cases of COVID 19 in Lagos. 87 of the cases are still active, 29 have been discharged, 2 have been evacuated and we have had 2 fatalities,” Abayomi said.

“The death that occurred at LUTH, all concerned have been put under isolation and will be observed for 14 days.”

He explained that 93 percent of the cases are Nigerians while seven percent are foreign nationals.

Abayomi also spoke about the plans of the government for the isolation facility in different parts of the state.

“We will also deploy more surveillance and advocacy towards Alimosho LGA. We are focusing on Alimosho because of the sudden rise from 1 case to 4 cases.

Abayomi said the government would use the Onikan isolation centre to handle mild and moderate cases, while the Infectious Diseases Hospital in Yaba, will be reserved for “complicated cases.”

The country has so far recorded 238 COVID-19 cases and Lagos has the highest number.