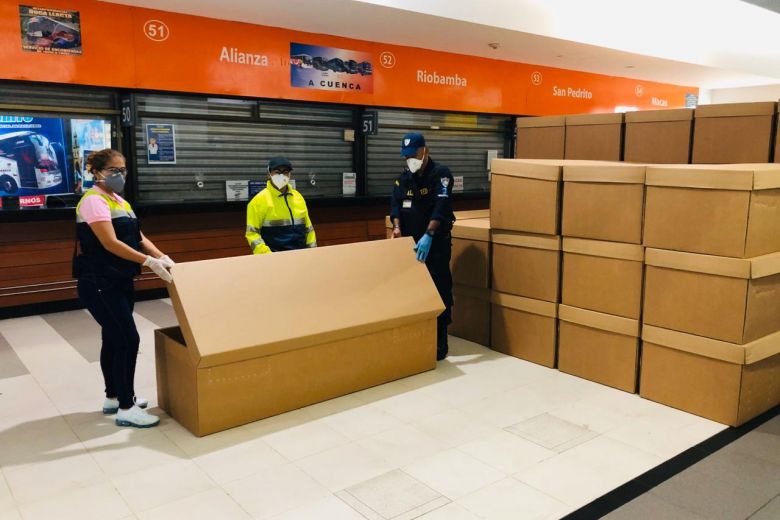 Bodies are being left to rot on the side of the road as officials struggle to cope with coronavirus deaths in an Ecuadorian city.

At least 150 corpses were left on the street or kept in the homes of grieving relatives in Guayaquil as the deadly bug ravages the horror-struck port city.

Ecuador’s coastal city of Guayaquil, the epicenter of Ecuador’s coronavirus crisis, said it had received a donation of 1,000 cardboard caskets from local producers, as the Pacific port city is struggling to handle the soaring numbers of Covid-19 deaths.

“There are either no coffins in the city or they are extremely expensive,” a city hall spokesman told AFP.

The cardboard coffins “will be a great help in providing a dignified burial for people who died during this health emergency,” the Guayaquil mayor’s office wrote on Twitter.

The previous week, residents of Guayaquil posted videos on social media showing abandoned bodies left on the street, as media report that at least 150 corpses were left on the street or kept in the homes of grieving relatives. 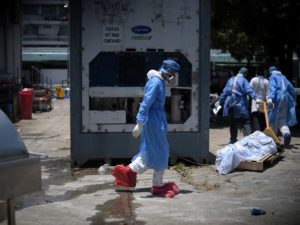 Mr Sonnenholzer, who is heading the country’s virus response, said in a statement broadcast by local media on Saturday: ‘We have seen images that should never have happened and as your public servant, I apologise.’

The city’s Mayor Cynthia Viteri has called on the national government to step up and help collect the piling-up corpses in Guayaquil, which she has said “no one wants to recover”.

While she herself is sick with the virus, she has promised to “protect Guayaquilenos in a moment as difficult as this one.”

“Don’t leave your houses, protect the elderly and the weakest, and take care of each other.”

Ecuador reported its first known coronavirus case on February 29, a 70-year-old woman who had arrived from Italy – she died two weeks later.

The number of confirmed infections stands at more than 3,500 and is rising rapidly.

COVID-19: No One Can Travel Out For Treatment, Healthcare Must Be Taken Seriously – SGF