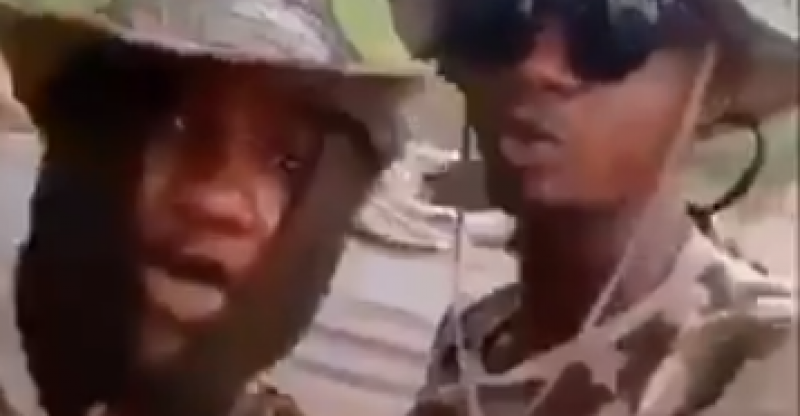 The Nigerian Army says it has arrested two of its soldiers who threatened to rape and infect women in Warri, Delta State, with HIV in retaliation for the alleged killing of their colleague on Thursday April 2nd.

Recall that youths of Ugbuwangue community in Warri attacked a soldier who allegedly killed a youth leader, Joseph Pessu, while enforcing the stay at home order of the state government.

The soldiers in anger made a video in which they threatened to rape the mothers, wives and daughters of the youths and infect them with HIV. 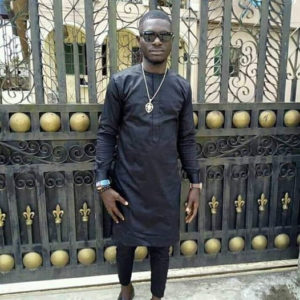 Speaking in Pidgin, one of the soldiers said

While reacting to the viral video, the Nigerian Army in a statement released, said the men were arrested at 9 Brigade, Ikeja Military Cantonment, Lagos.

“Soldiers in a viral video using uncouth and uncivilised language purportedly threatening to molest women in Warri, Delta State, were arrested at 9 Brigade, Ikeja Military Cantonment, Lagos State, today 3 April, 2020 and further investigation is ongoing. The general public should be assured that the investigations will be swift and fair in accordance with applicable military laws.

“The outcome of the investigations will determine the most appropriate disciplinary measures that can be taken in the circumstances. The Nigerian Army wishes to reiterate that it would not tolerate any form of irresponsibility and indiscipline on the part of any of its personnel.”

Recall that the Delta state government while reacting to the viral video, said it was fake, concocted and created by disgruntled elements bent on pitching the people against the state government.

Coronavirus conference ‘cancelled due to coronavirus’