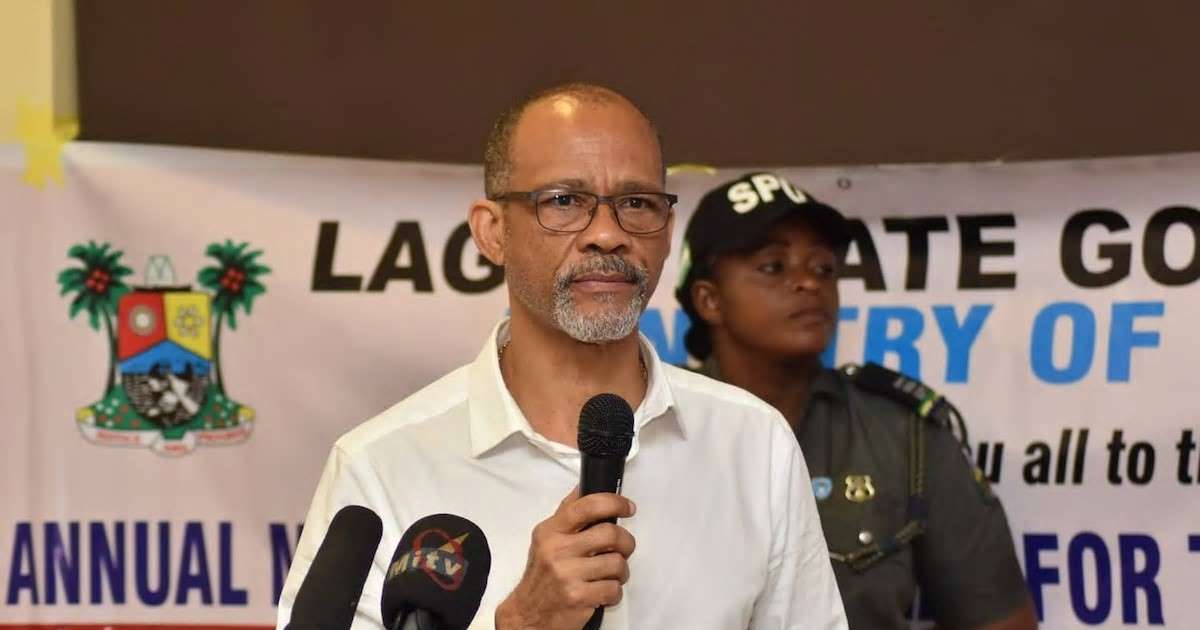 The Lagos State Commissioner for Health, Akin Abayomi, has on Wednesday announced an evacuation of an American citizen who tested positive for coronavirus to the United States.

“One of the confirmed case who is an American citizen has been evacuated to USA,” Abayomi said on Twitter on Wednesday. 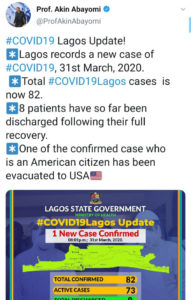 As at 12:30 pm on April 1, there are 151 confirmed cases of coronavirus reported in Nigeria. Nine have been discharged with two deaths.