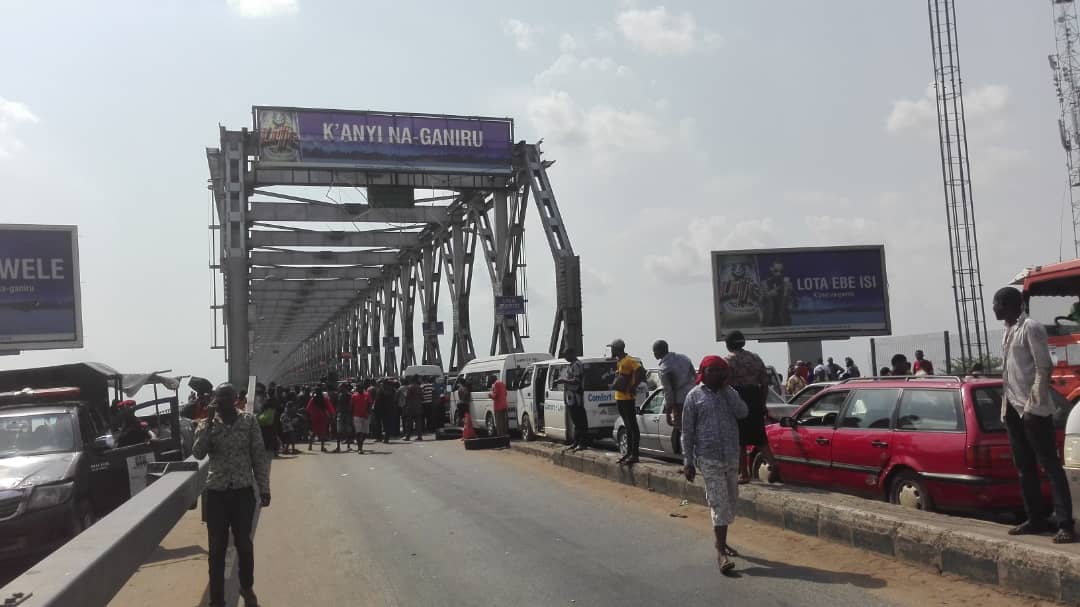 The Anambra State government has announced the closure of the Niger Bridge in Onitsha, to discourage vehicles from queuing up on the bridge.

The announcement was made on Sunday evening in a statement issued by the Secretary to the State Government Prof Solo Chukwulobelu.  Only vehicles transporting food items and medicines will be allowed passage.

“This is to notify Ndi Anambra and motorists in the state, and those wishing to pass through Anambra state that the Government of Delta state has announced closure of all its land borders with effect from Sunday, 29th of March, 2020.

“The government of Anambra state is also announcing the closure of Onitsha Head bridge with immediate effect to discourage vehicles queuing up on the bridge. The security agencies are hereby directed to enforce this.

“Motorists are advised not to travel through the Niger Bridge Head, Onitsha to avoid putting pressure on the bridge. Motorists will not be able to drive into Delta state as a result of the border closure order in place.

“Only vehicles transporting food items and medicines will be allowed passage.

“The government of Anambra state hereby reiterates its earlier directive for people to stay at home and observe strictly the coronavirus advisory and directives earlier issued.”