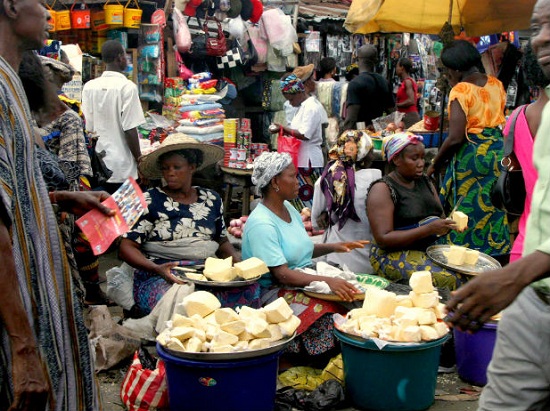 The governor, Babajide Sanwo-Olu, gave the directive on Tuesday as part of new measures to curb the spread of coronavirus in the state.

“All markets and stores except markets that are selling food items, water, medicines, and medical equipment and other related essential daily life-saving products are hereby directed to close effective from Thursday 26 March, 2020 for seven days at the first instance,” he said.

The governor added that all public parks, gyms, swimming pools, workout stations in all public places are expected to shut until further notice.

Mr Sanwo-Olu said the guidelines and directives were issued as an outcome of a meeting at the state house on Tuesday.

“We have seen an increase in confirmed cases nationwide, with Lagos still leading, with the most number of newly confirmed cases. Here in Lagos, we have seen a jump in our number from 19 on Sunday afternoon to 29 as at this briefing,” he said.

The governor said the numbers of cases are increasing and this shows that the disease is already among us which requires proactiveness on the part of the state in isolating and handling suspected cases.

He implored the organised private sector to encourage many of their workers to work from home while banks should use their online platforms and only key staff should be at work.

“All fast foods, eateries, restaurants are enjoined to serve takeaway for all customers, with no in-dining service permitted whatsoever,” the governor said.

He also emphasised that shops in malls that do not sell essential products are also expected to shut down, effective on Thursday.

“We want to open up more markets in some of our schools and this will all be food markers where people can have access to foods and essentials,” he said.

Mr Sanwo-Olu further urged that travels to and from Lagos, whether by road or air should be avoided at the moment and all citizens should refrain from interstate travel of any kind until the worst of the crisis is left behind.

“This is not the time to visit a friend, no social events, weddings, naming ceremonies and parties. Anyone fluting any of the directives will face the wrath of the law,” he said.

The state has identified other isolation centres in Ikeja, Badagry, Ikorodu and Lagos Island. It is also preparing two locations at Gbagada and Onikan to have a seamless coordinated approach towards a quick identification and isolation of suspected cases, the governor said.

Jet crashes into a fence at Lagos airport after brake failure