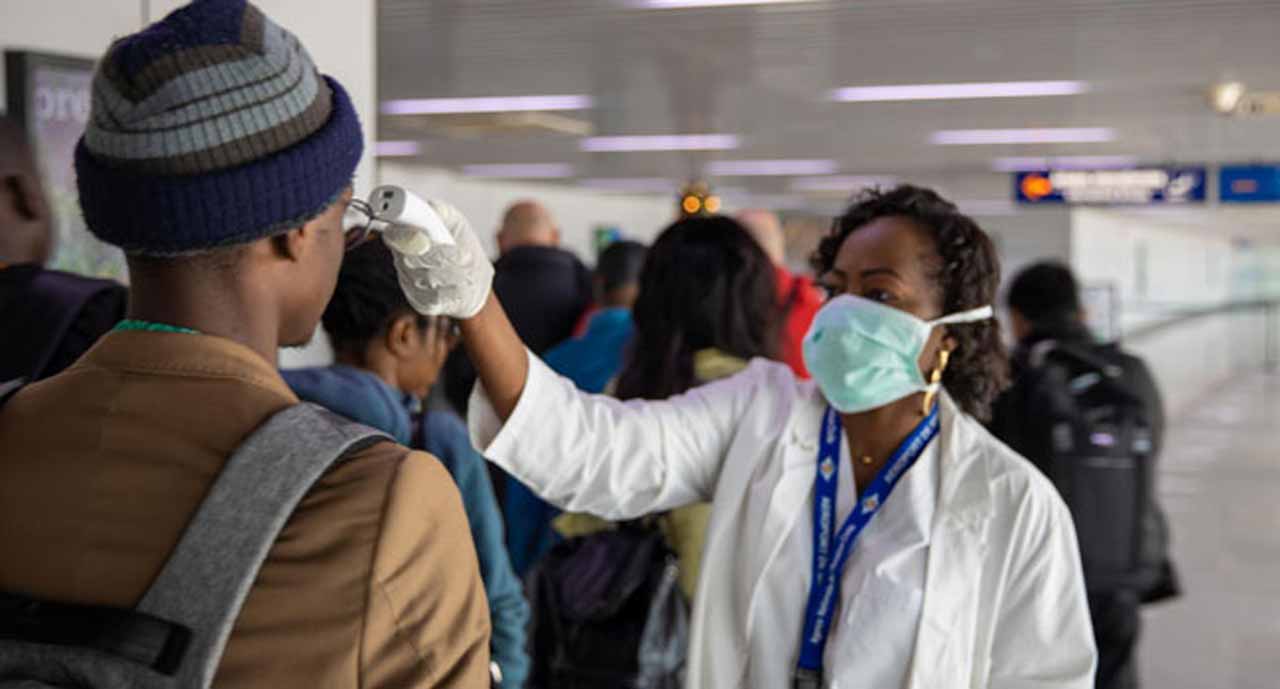 Nigeria has recorded five new cases of the coronavirus, making a total of 35 cases in the country.

The Nigeria Centre for Disease Control (NCDC) announced this via its Twitter handle on Monday.

It also said the virus has spread to six states — FCT, with six cases; Lagos, 24 cases; Oyo, one case; Ogun, two cases; Ekiti, one case, and Edo, one case.

Out of the 35 confirmed cases — only 33 are active — two patients have recovered from the disease and discharged.

The NCDC said the federal capital territory (FCT) and Lagos recorded two of the new cases each, while Edo recorded one.

It added that two of those infected newly are returning travellers from the United Kingdom.

Here is a timeline of the infection in Nigeria.

February 27: Nigeria confirmed its first case, an Italian citizen who returned from Milan.

March 9: The second case was confirmed, a Nigerian who had contact with the Italian citizen.

March 17: The third case was confirmed, a 30-year-old Nigerian who returned from the United Kingdom.

March 18: Nigeria confirmed five new cases of the virus, four of the new cases were in Lagos while one was in Ekiti.

March 19: The country confirmed four new cases of the virus.

March 21: 10 new cases were recorded: seven in Lagos, and three in Abuja.

March 22: Nigeria confirmed five new cases, three in Lagos, one in Oyo, and one in Abuja.

March 23: Five new cases confirmed, two of which are returning travellers from the UK. 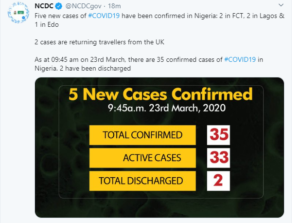 UK Government to deliver free coronavirus crisis food parcels to 1.5m vulnerable people after ordering them to stay at home for 12 weeks