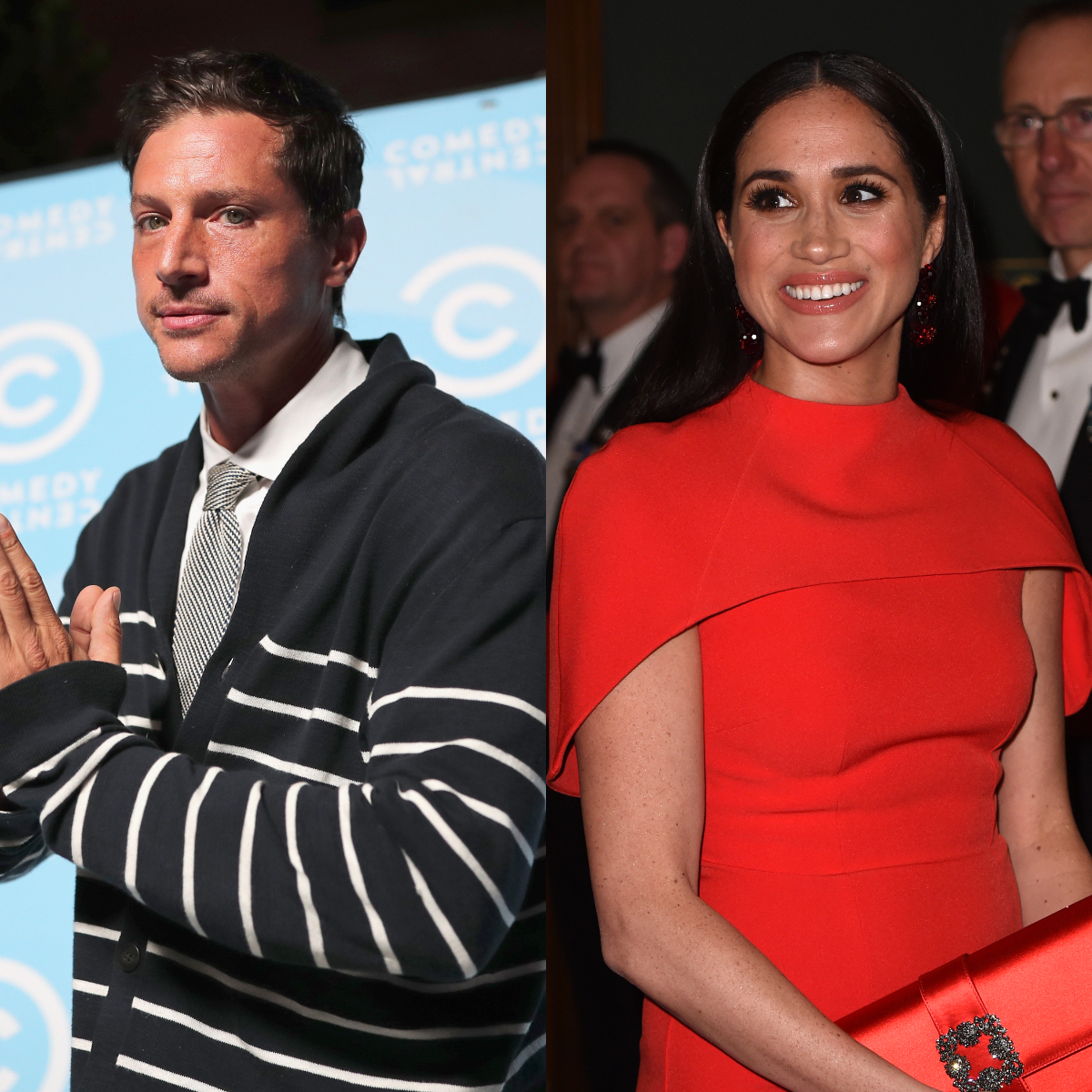 Meghan Markle’s ex has said that the British tabloid offered him $70K to lie about his and Meghan’s sex life.

Simon Rex dated Meghan Markle in 2004 when she was 22 and when the British media found out, they offered allegedly him money to exaggerate their relationship to paint Meghan in a bad light.

Simon Rex, an American actor, who worked with Meghan on Cuts, a TV Show in 2005, revealed the extent the press went to, in order to defame Meghan. The actor shared on the Hollywood Raw Podcast (via Just Jared) that several British tabloids had contacted him, offering up to USD 70,000 to lie about his relationship with Markle. Simon revealed that he never actually dated Meghan but they did hang out often and even went on a lunch date together. “Nothing happened. We never even kissed. We hung out once in a very non-datey way,” the 45-year-old actor shared honestly.

“When that story broke, a couple British tabloids offered to pay me a lot of money to say a lie that we actually hooked up. I said no to a lot of money because I didn’t feel right lying and f*****g up the royal f******g family,” Rex added.

At the time they dated, Meghan was an upcoming actress with day parts in soap operas while Simon’s career was going well. He was acting in the Scary Movie franchise and was on the verge of starting his time as rapper Dirt Nasty.

Meghan Markle and Prince Harry have complained about how badly the media has treated Meghan and how they publish stories that paint her in a bad light. The couple have had to sue multiple UK tabloids as a result.