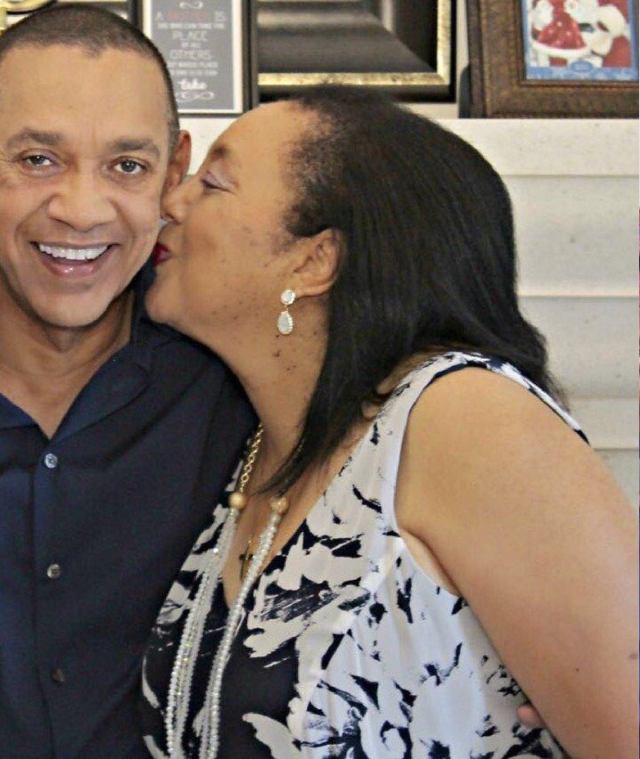 “I’m broken. Just lost my beautiful wife to cancer. She was my best friend for 43 years and my wife for 41 years,” Ben twitted Friday morning.

“Our children are devastated, I am too. But I have to be strong for them. Please put our family in your prayers. Like the sun, my wife was a blessing and touched the lives of everyone she met. Though she’s gone, she’d remain alive in our hearts forever.”

Ben is also the founder of Silverbird Group and represented Bayelsa East senatorial district in the 8th Senate.

Ben Murray-Bruce who shared photos which captured beautiful memories he created with his wife, stated that she will remain alive in his heart forever. 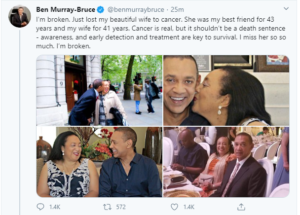 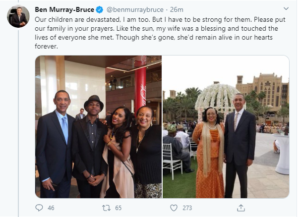 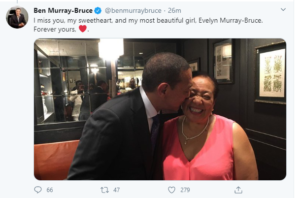