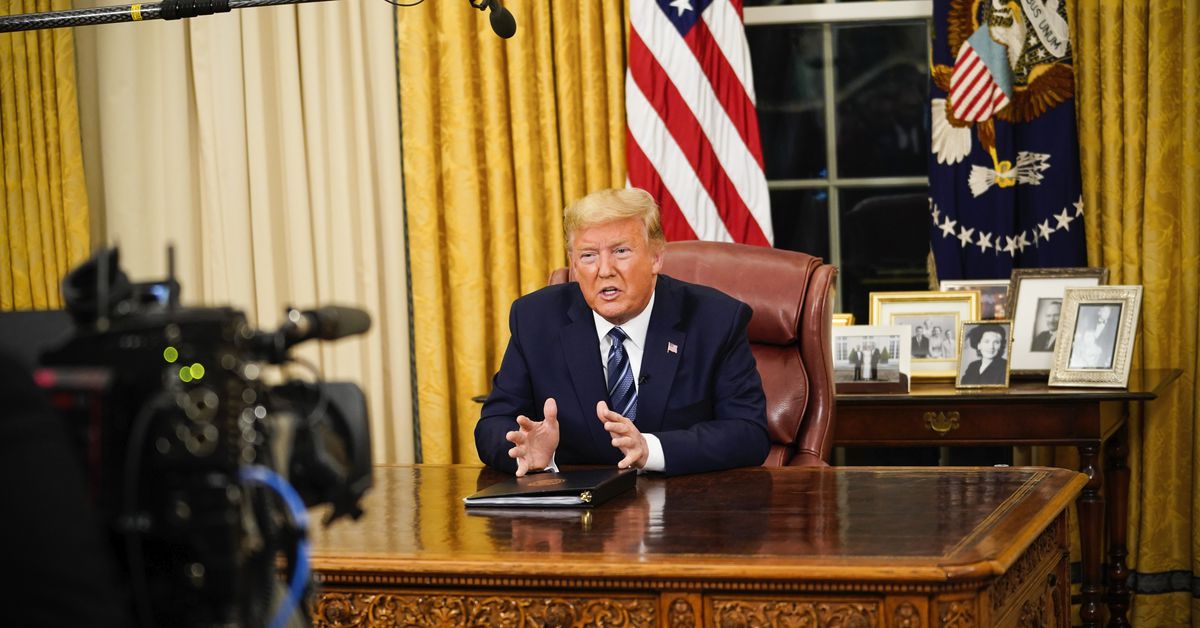 Donald Trump has announced that the US would temporarily suspend most travel from the European Union, as the country reckons with the spread of coronavirus and the White House grapples with the severity of the situation.

The US president used a live address to the nation to announce the restrictions, saying they would take effect at midnight on Friday and that US citizens, once screened, would not be affected.

Mr Trump suggested businesses would be impacted too, saying that “tremendous amounts of trade and cargo” would be hit, but aides later suggested that he had misspoken.

He stressed on Twitter that trade would not be affected.

Hoping to get the payroll tax cut approved by both Republicans and Democrats, and please remember, very important for all countries & businesses to know that trade will in no way be affected by the 30-day restriction on travel from Europe. The restriction stops people not goods.

During the rare address to the nation, Trump defended his administration’s response while laying blame on the European Union for not acting quickly enough to address the “foreign virus”, saying US clusters had been “seeded” by European travelers.

“We made a lifesaving move with early action on China,” he said. “Now we must take the same action with Europe.”

Trump also downplayed warnings of a potential recession: “This is not a financial crisis, this is just a temporary moment of time that we will overcome as a nation and as a world,” he said.

“The vast majority of Americans, the risk is very, very low,” he added, but he said that older Americans should avoid travel and endorsed social distancing and avoiding large gatherings. “Every community faces different risks,” he noted and encouraged Americans to listen to local officials.

The president also said he would take “emergency action” to provide relief to workers who are affected. He said he was asking Congress for $50bn for small business loans, and he also called for “immediate” payroll tax cuts.

The number of coronavirus cases across the country exceeded 1,000, with at least 33 deaths. The World Health Organization declared the outbreak a pandemic, and the Dow Jones Industrial Average fell more than 1,400 points.