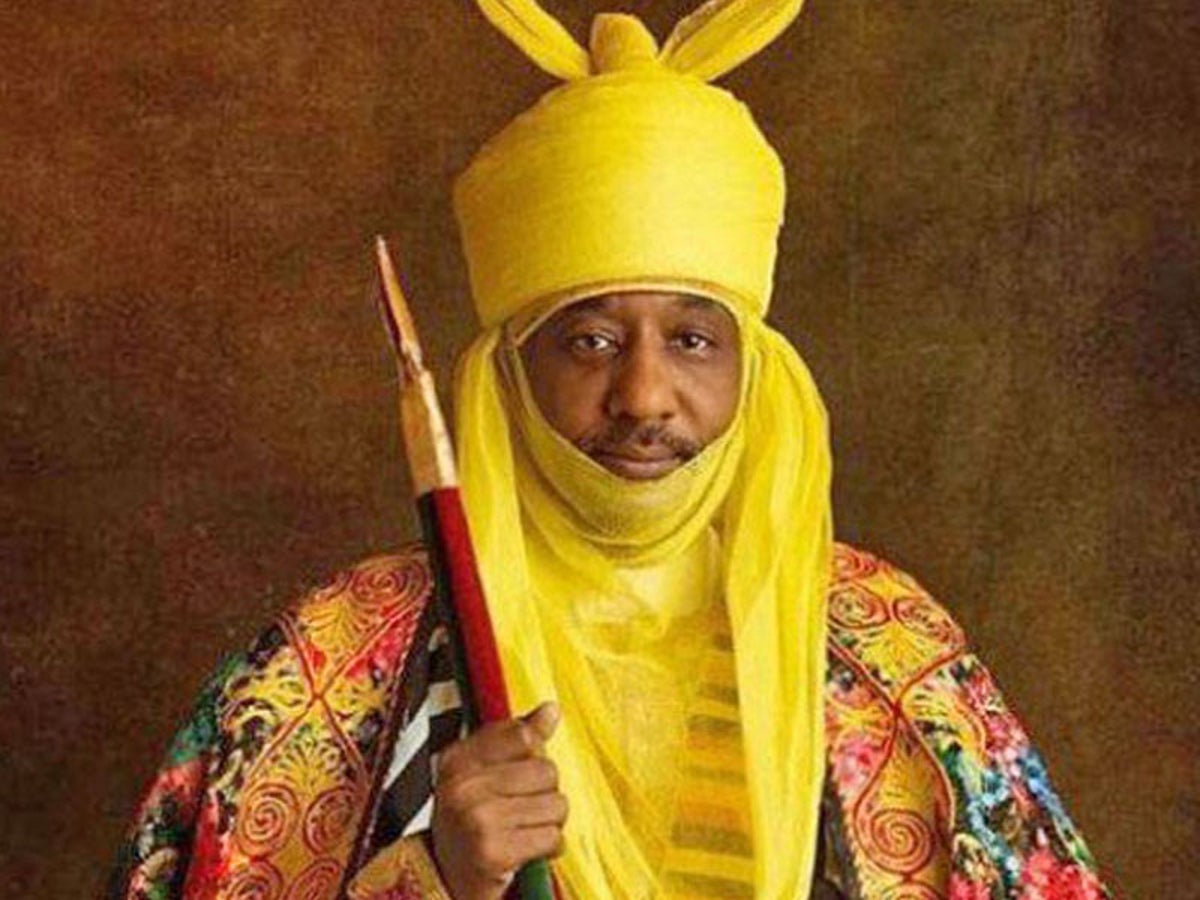 The Kano State government has given reasons for the removal of the Emir of Kano, Muhammad Sanusi II.

The statement in part reads

“It is on record and in so many instances Malam Muhammad Saunsi II has been found breaching part 3 section 13 (a-e) of the Kano State Emirate Law 2019 and which if left unchecked will destroy the good and established image of the Kano Emirate.

This removal is made after due consultation with the relevant stakeholders and in compliance with part 3 section 13 of the Kano State Emirate Law 2019 and other reasons stated above.”

Sanusi ascended the throne in 2014, after the death of his grand-uncle, Abdullahi Ado Bayero who was the last emir of Kano. His grandfather Muhammadu Sanusi I reigned from 1953 to 1963, when he was deposed by Premier Ahmadu Bello. His father Aminu Sanusi was Ciroma of Kano.

Prior to his ascension, Sanusi served as the Governor of the Central Bank of Nigeria from 2009 to 2014. He was suspended by former president Goodluck Jonathan after raising an alarm that $20billion was missing from the coffers of the Federal government.

Read the statement announcing his dethronement below. 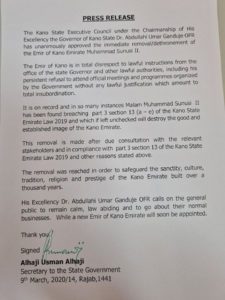 In civilised nations, leaders who fail to provide security will do the honorable thing and resign – Northern Elders Forum