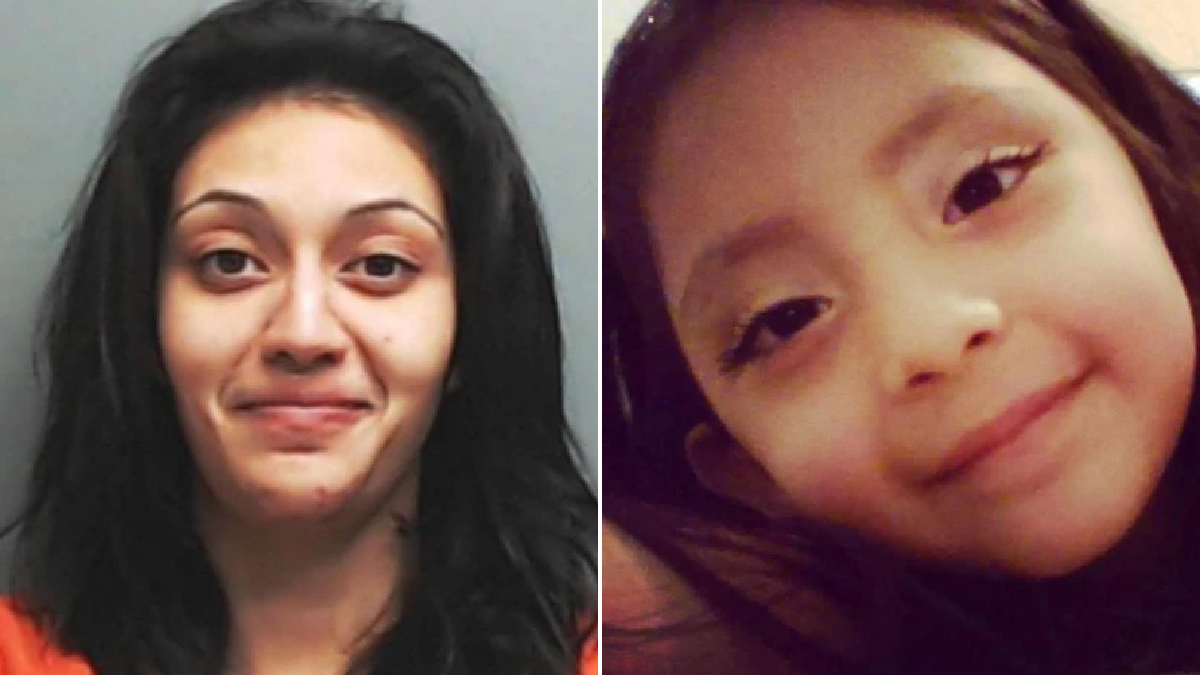 A 27 year old mother, Krystle Villanueva has been jailed for life for beheading her five year-old daughter after the youngster asked for cereal.

Krystle Villanueva on Friday was convicted of capital murder and sentenced to life imprisonment for the January 2017 killing of 5 year old Giovanna Hernandez in Austin, Texas while she was under the influence of alcohol and weed.

After Villanueva stabbed the little girl to death and decapitated her, she dialed 911 and told the police she’d killed her daughter ‘because she asked for cereal.’ and this attack was after she stabbed her father-in-law in an unprovoked attack, though he managed to escape .

A SWAT team rushed to Villanueva’s home to rescue Giovanna, only to find the mother naked and freshly showered in her front room.

Villanueva who was under the influence of weed and booze at the time of the killings claimed to the police upon arrest that ‘she had been under the delusional belief that her daughter and her father-in-law had been replaced by clones and had to be killed to bring back her real family members.’

She had previously been treated for mental health issues, but investigators have not been able to find a possible reason why she committed the horrific crime, with investigators calling the crime the worst they’d ever investigated.
Hays County Prosecutor Wes Mau said about the killing; ‘A case like this leaves an unforgettable mark on everyone involved, especially the child’s family. ‘Every law enforcement member who worked on this case will forever be traumatized by what Ms Villanueva did to her innocent daughter.

‘I commend all the investigators and officers who endured this horror with calm professionalism so that justice could be done.’