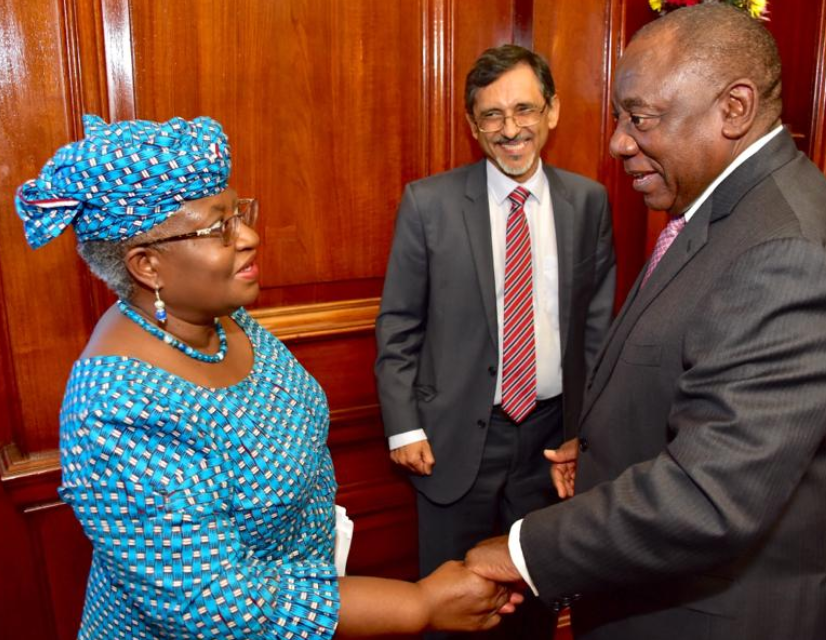 The council which is chaired by Cyril Ramaphosa, the South African president, has other members in the council.  As part of their functions, members of the council are expected to “ensure greater coherence and consistency in the implementation of economic policy and ensure that government and society in general is better equipped to respond to changing economic circumstances”.

Okonjo-Iweala shared photos from the meeting on Twitter, captioned it

“With President Ramaphosa, members of cabinet, and members of the Presidential Economic Advisory Council in Pretoria discussing sources of growth for the South African economy and win-win economic interactions with the continent.”

The council held its second meeting on Friday in Tshwane.

South Africa’s economy is currently in a recession; its second in two years.

Okonjo-Iweala had served two terms as Finance Minister of Nigeria (2003-2006, 2011-2015) under the leadership of President Olusegun Obasanjo and President Goodluck Jonathan respectively.

Married man, 45, on the run after allegedly raping and impregnating 15-year-old house help who has now given birth via CS