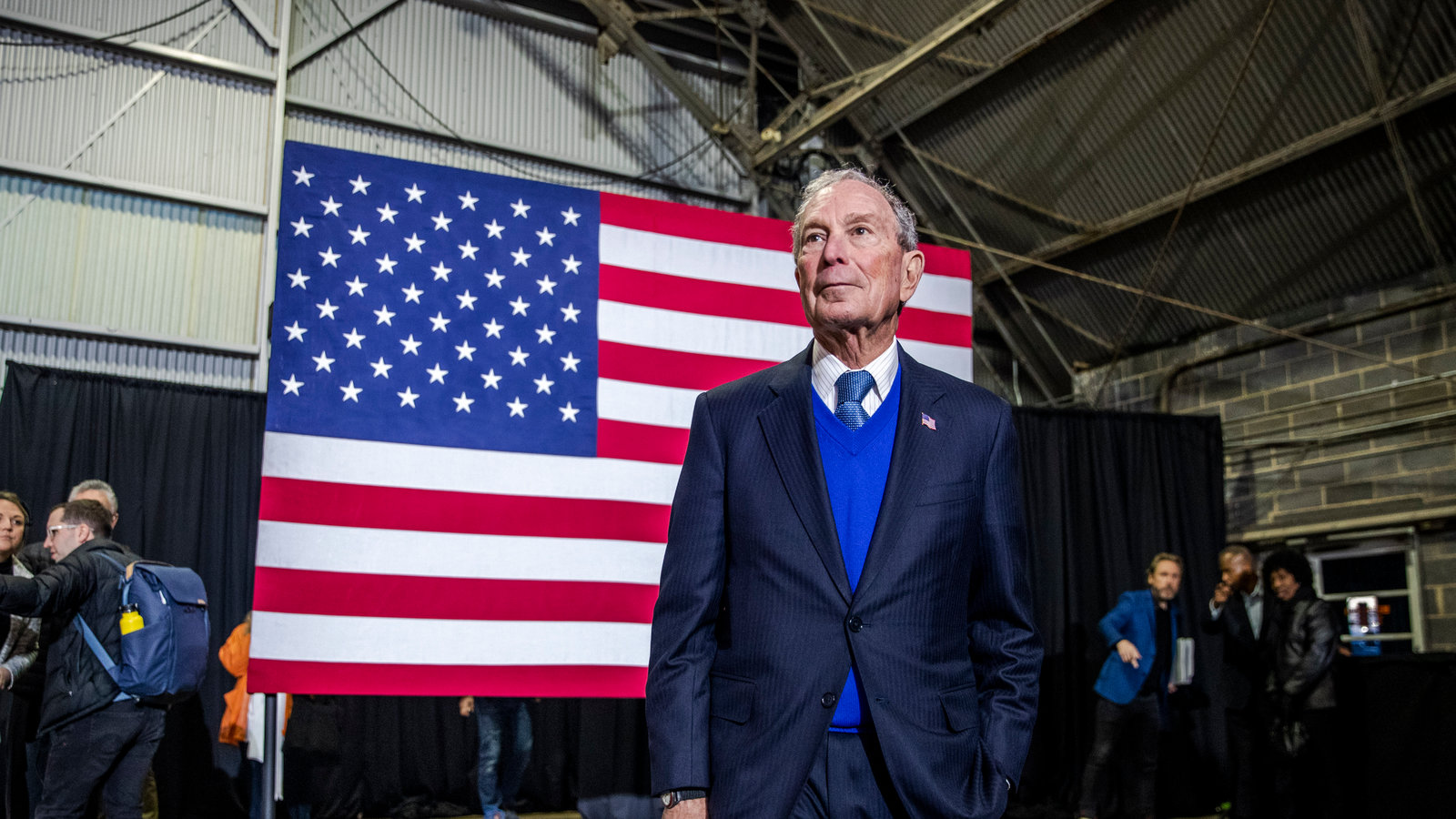 MIKE BLOOMBERG has pulled out of the 2020 Presidential race, after spending more than $500million  on his campaign to become the Democrats candidate and run against Donald Trump in November.

After pouring more than half a billion dollars into his campaign and flooding the airwaves with ads, his 100-day-long campaign has been brought to a sudden end.

Although his 2020 campaign is over, Bloomberg committed from the outset that win or lose, he would be involved in removing Trump from the White House

“I entered the race for president to defeat Donald Trump, and today, I am leaving the race for the same reason: to defeat Donald Trump,” he said at a rally of staff and supporters at a Manhattan hotel on Wednesday. In a rare show of emotion, the stoic mayor became tearful when closing his speech, saying he was amazed at “how many people have stood with me shoulder to shoulder.” 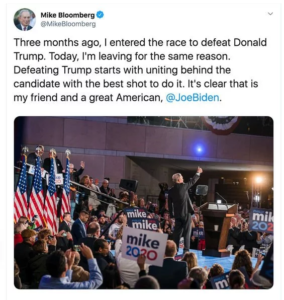 The 78-year-old former New York mayor and media mogul was hit by controversy since entering the race in November and put up weak performances in the two televised presidential debates he took part in.

Bloomberg’s money eventually wasn’t enough to sell voters on the idea that a former New York City mayor with bottomless resources was the Democratic Party’s best choice. Bloomberg went from a nonexistent campaign to a staff of 2,400 people across 43 states in less than three months and said Wednesday that he received nearly 2 million votes on Tuesday. But he won none of the 14 states that voted Tuesday night and picked up just a handful of delegates in states where he had cautiously hoped for victory as recently as last week.

That was before Biden’s resurgence in South Carolina and the rapid realignment of Democrats behind him. Two of Bloomberg’s former Democratic rivals, Amy Klobuchar and Pete Buttigieg, dropped out of the race. They endorsed Biden as the moderate alternative to Vermont Sen. Bernie Sanders just the day before Super Tuesday.

He has also drawn fierce criticism from fellow candidates for his wealth and self-funding his campaign; for the New York police department’s stop-and-frisk policy, which disproportionately targeted men of color during his time in office as mayor; and his history of derogatory comments against women and minorities.

Bloomberg endorsed Biden on Wednesday, the moderate candidate he had come into the race expecting to trounce but instead watched rise to unexpected frontrunner status.

“I’ve always believed that defeating Donald Trump starts with uniting behind the candidate with the best shot to do it. After yesterday’s vote, it is clear that candidate is my friend and a great American, Joe Biden,” he said in an official campaign statement and on Twitter.

House of reps rejects castration as punishment for rapists