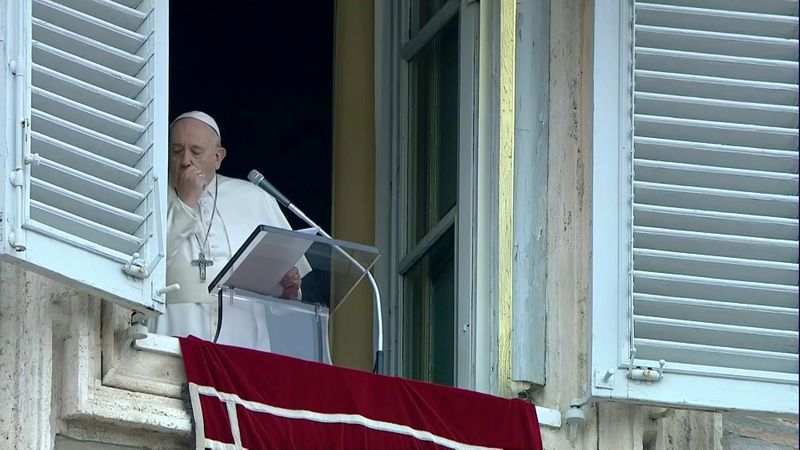 Pope Francis, who canceled a Lent retreat for the first time in his papacy because he is suffering from a cold, has tested negative for coronavirus, the Italian newspaper Il Messaggero reported on Tuesday.

The 83-year-old Pontiff, who had part of one lung removed because of an illness decades ago, reportedly tested negative for the virus.

The Vatican has not commented on the reports which were revealed by Italian newspaper Il Messaggero.

On Sunday, Pope Francis was seen coughing and sneezing during his first public appearance in four days.

He has been taken ill at a time when Italy is battling a surging outbreak of the potentially deadly coronavirus.

Speaking to thousands of people in St Peter’s Square, the Pope announced his cold will force him to skip a week-long Lenten spiritual retreat with senior Vatican officials that had been due to start later in the day.

He appeared at the window of the Vatican’s Apostolic Palace for the first time since Wednesday for his weekly Sunday noon message and blessing.

He said: “Unfortunately a cold will force me not take part this year (in the retreat). I will follow the meditations from here.”

The pontiff attended the Ash Wednesday mass last week and he appeared to be suffering from a cold.