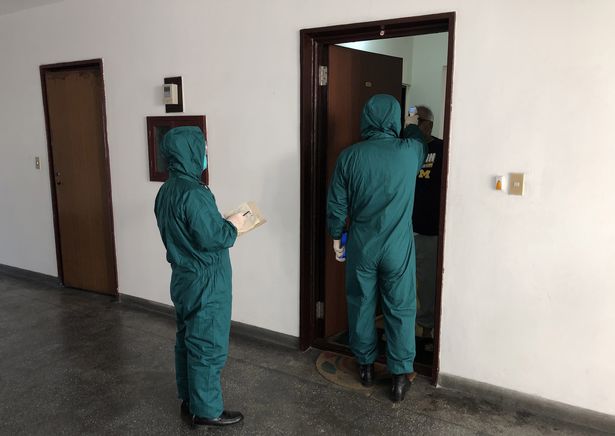 After the government worker was caught going to a public bath however, he was arrested and immediately shot, North Korean sources told Donga.

His execution came after North Korean leader Kim Jong-un made a decree that the country would “rule by military law” against anyone who left quarantine without approval.

A different official, who worked at the country’s National Security Agency, was demoted to working on a farm because he hid a recent trip to China.

The North Korean government has claimed that there have been no cases of coronavirus within its borders but this has not been independently verified.

The suggestion has been met with scepticism by those outside the country, which shares a border with China where tens of thousands of cases have been confirmed.

“The North Korean authorities have told FAO that there are no cases of the new coronavirus, but we are suspicious of such claims,” Bir Mandal of the UN Food and Agriculture Organization told Korea Biomed.