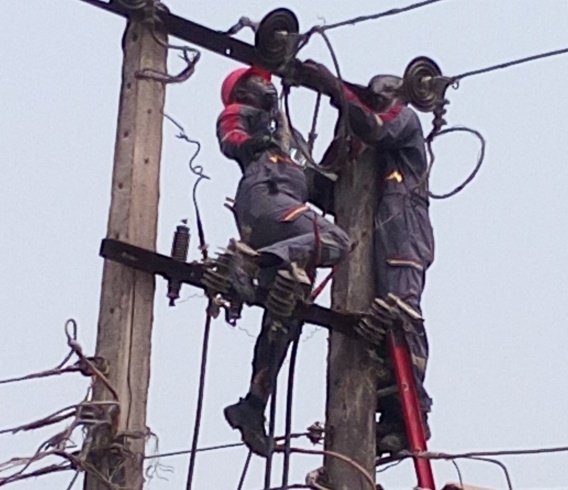 They were two staff on duty before the incident, one of the Staff escaped with serious degrees of injuries.

According to The reports AEDC workers were on their routine duty of disconnecting electricity of customers who failed to pay their bills, on the process a man attacked them from behind and Stabbed one of workers severally which resulted to his death, were other escaped with serous injuries.

The body of the deceased AEDC official has been deposited at the mortuary in Garki Hospital, Area 8, Abuja.

Confirming the report, The Head of Corporate Commission of AEDC, Fadipe, told newsmen that the sounded personal is currently receiving treatment in an undisclosed hospital.

Fadipe further said the attacker has since be arrested by the police.