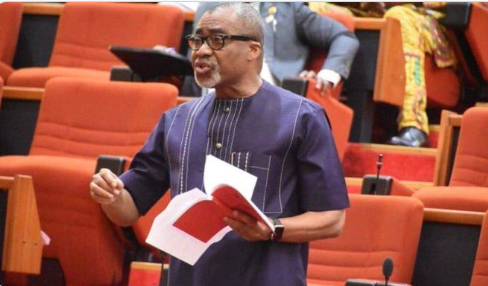 Senate Minority Leader, Enyinnaya Abaribe has expressed dismay over the long life enjoyed by wicked people in the country.

Abaribe who said this at a valedictory session held in honour of the late Senator Ignatius Longjan who represented Plateau south before his death, stated that so many good people have been lost in the country. He also described Longjan as a “peace builder and a very good person.”

“A few days ago we were here doing this same thing, a valedictory for one of our colleagues. The question we always ask, Mr President is, why are we losing the good ones?.

“All the wicked people are in this country, they don’t die. It is the good ones that go. And so today, we commiserate with the wife and children and the people that he represents and of course the diplomatic community from where he came and Nigerians in general.”