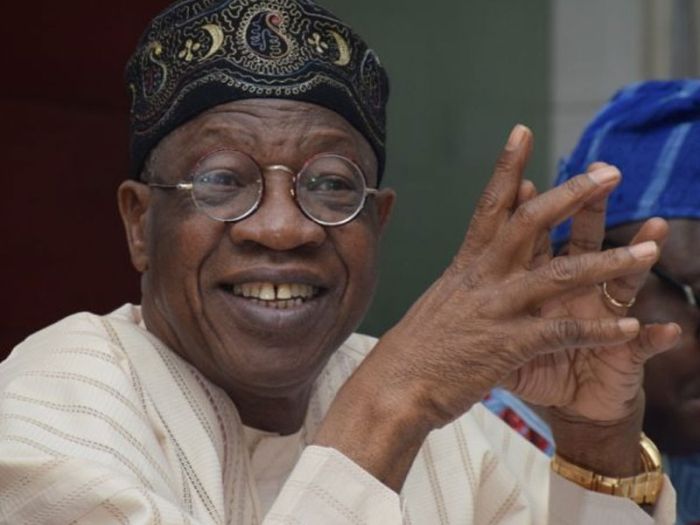 The Minister of Information and Culture, Lai Mohammed has stated that the federal government will be moving on with its plan to regulate social media.

Lai Mohammed who disclosed this weeks after he denied the existence of a bill for the regulation of social media in an interview with an international news platform, said they have already contacted two major platforms; Facebook and Google.

He told newsmen in Abuja yesterday February 20, that their aim is to ensure that damages are not done to the country through the social media.

“We are pushing ahead with our plan to sanitize the social media, working with stakeholders. By March 2, 2020, we will inaugurate a stakeholders committee that will deliberate and recommend the way forward.

“We are also planning a major international conference that will bring together the tech companies, media practitioners, policy makers and others as part of efforts to tackle this growing canker-worm

“Last week, I met with representatives of Google and Facebook for the same purpose. The situation is dire, and no nation that values its peace, security and stability will allow an irresponsible use of the social media.

“There has been a spike in the dissemination of fake news and the use of disinformation in recent times. This is not accidental: Fake news, disinformation and hate speech have become the weapons of choice to create tension in the polity and destabilise the country.

“And those behind them, the naysayers, are not about to relent. Those behind this campaign of fake news and disinformation have also deployed new tactics, top of which is the recycling old news items and videos.

“For some people, the 2019 elections are not over. They are stuck in the pre-election mode. And they must continue to use these weapons to put Nigeria on edge.”

“Another good example is the video of the over 400 young men suspected to be Boko Haram members who were intercepted in Abia State in 2014.

“About two weeks ago, the video came back into circulation, creating panic in the polity. The intention of those behind it  is simple: to create tension and panic in the country.”

He pointed out some fake news he claimed were passed off through social media and they include;  President Buhari will be travelling to the United Kingdom for 20 days before proceeding to Saudi Arabia and Austria; Minister of Transportation, Mr. Rotimi Amaechi was attacked at Rigasa train station in Kaduna and that the Nigerian Air Force killed 250 Boko Haram insurgents.

The poorest states in Nigeria