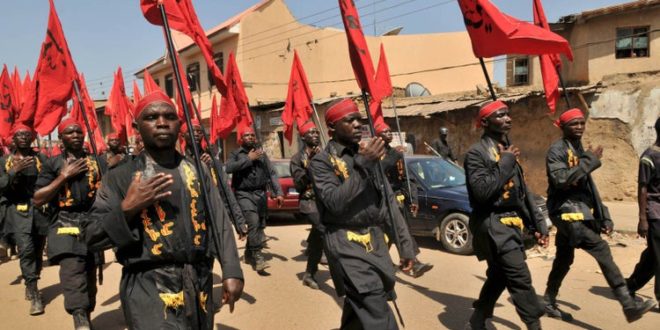 91 members of the Islamic Movement in Nigeria (IMN) also known as Shiites, many of whom have been detained in prison since 2015 have been acquitted after being arraigned before Justice Hajaratu Gwada of Kaduna High Court.

Justice Gwada who ruled on the case in which some of the IMN members were charged with  culpable homicide punishable with death, criminal conspiracy and disturbance of peace on Friday February 21, said the Kaduna State Government failed to failed to prove their case beyond reasonable doubt.

Speaking to newsmen after the Kaduna High Court Judge granted a no- case submission, IMN’s counsel, Barrister Maxwell Kyon stated that some of his clients lost their children, wives, admission in tertiary institution while in custody. He averred that the state government must take care of their rehabilitation.

“The government should engage with us and come out with a figure as compensation for those whose four years in detention at the Correctional Centre has been wasted.

“The government made those people to be arrested and remanded in prison. We want government to take responsibility for the dislocation of these people for four years. Many lost their jobs, some lost admissions in tertiary institutions and I know of one whose wife left while he was in prison.

“Each has a different loss, the government should sit with us to look at the cases individually. We want to believe government will be responsible enough without been pushed by a court order.

“They knew these people were not guilty based on evidences yet they held them in detention. We will pursue whatever case our clients ask us to do.

“This is the last case pending. The court looked at all the 31 witnesses drawn from police and army, they tendered about 110 evidences. We were able to tell the court that there is nothing linking the suspects to the allegations against them. The court agreed with our no case submission.

“The court was told that the soldiers had already told the IPO that it was a friendly fire from them that killed the deceased, Dan Kaduna whose murder they were tried for.”