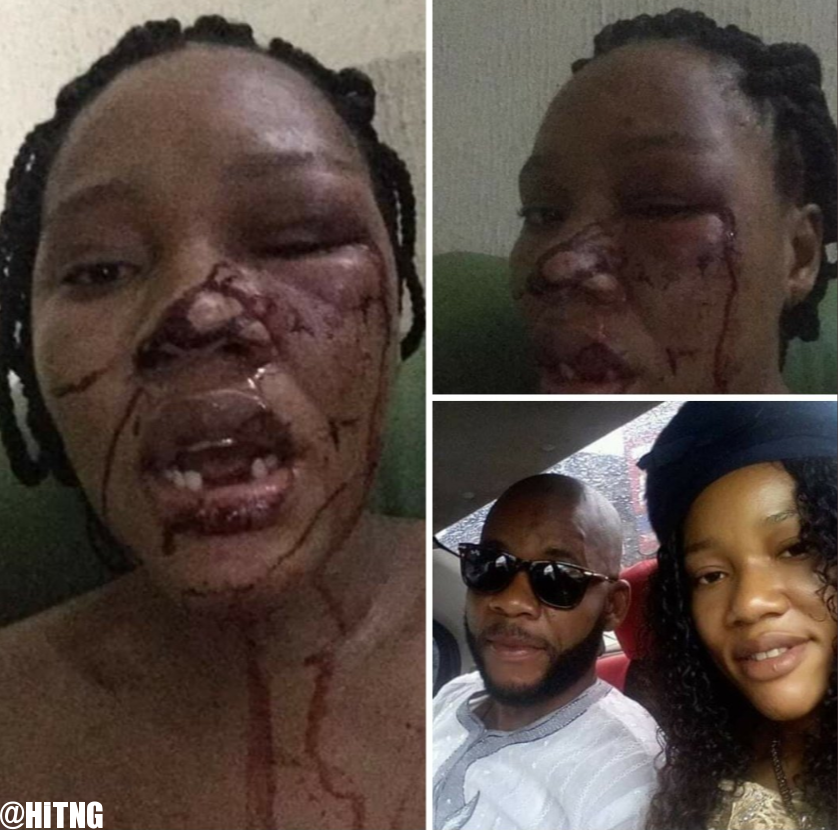 According to report on Wednesday (Febuary 19), the man was arranging to relocate his family from Benin to Canada. Hence, the Embassy requested DNA. The trouble started when the result of the test was said to have revealed that all the three (3) children his wife claimed to have born for him are not his biological children.

Therefore, the man returned to demand explanation from his wife; as she couldn’t quickly say anything convincing to the man, he pounced on her and beat her black and blue.

And the friends of the wife started circulating the battered pictures of the woman on social media with the caption, “See how a man beat his wife and removed her 4 teeth!” But they didn’t include the reason for the beating.