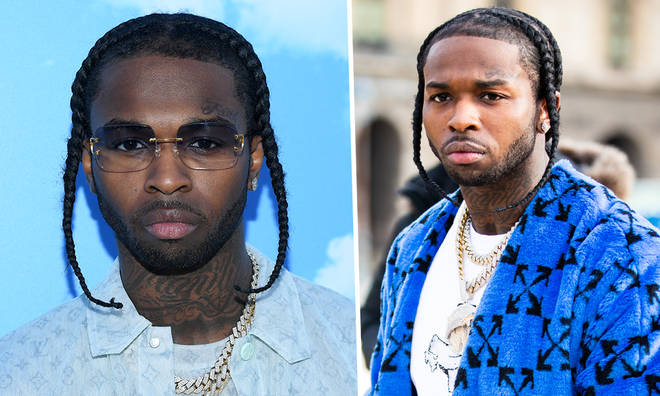 The Brooklyn-born artist, whose real name was Bashar Jackson, was 20.

The rapper was at his home in the Hollywood Hills at around 4:30 AM when  two men wearing hoodies and masks entered the house and fired multiple shots, according to police sources quoted by TMZ.

Footage of first responders attempting to perform life-saving techniques on the rapper, as he’s being wheeled out on a stretcher to an awaiting ambulance, has been shared online.

He was pronounced dead at a hospital in West Hollywood early on Wednesday.

At a press conference Wednesday morning, LAPD Captain Steve Lurie confirmed that authorities were still searching for the alleged assailants.

Lurie said the motive for the shooting has not been determined and it’s unclear whether it was a targeted or random attack.

The two men are apparently at large.

Hours before the shooting Pop Smoke shared a video on his Facebook Story which featured the exact address of the home – sparking speculation that the attackers learned where to find him via the post.

The $2.5million property is owned by actor and producer Edwin Arroyave and his wife Teddi Mellencamp, daughter of musician John Mellencamp.

Jackson released his breakout hit “Welcome to the Party” in April 2019. Nicky Minaj remixed the song, which was originally a part of Jackson’s debut mixtape, “Meet the Woo.”