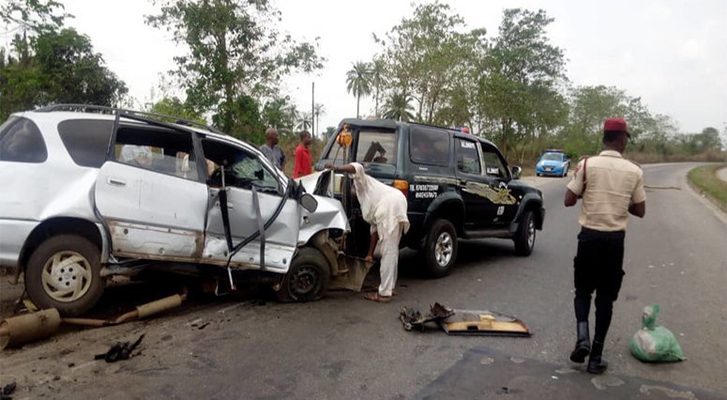 Catholic faithful and other residents in Osun State were thrown into mourning in the early hours of Sunday when an 18-seater Liteace bus belonging to SS Peter and Paul Catholic Church, Lagere, in Ile-Ife, plunged into a roadside ditch and caused the death of six of its passengers. while nine others sustained various degrees of injuries.

The accident occurred at a sharp bend in Eripa, along Iree-Otan Ayegbaju-Ila Orangun road, about 25 minutes after the occupants of the vehicle left the venue of the prayer mountain where the annual Oke Maria Pilgrimage in Otan Ayegbaju for Catholic faithful took place.

The victims had been on the mountain since Friday night and were returning to their base in Ile Ife when the accident happened.

According to an eyewitness, the bus lost control, swerved off the road and fell into a ditch.

It was also gathered that before men of the Federal Road Safety Corps arrived the scene, residents of Eripa and other road users had been helping to rescue the victims.

According to the Osun Police Public Relations Officer (PPRO), SP Folashade Odoro, the lone accident happened at about 11a.m on Sunday when the bus lost control and ran into a ditch in Eripa.