A Nigerian lady ignited a controversy on Twitter after she took to platform to thank her husband for marrying her even though he is not her type and also after cheating on him.

In her tweets as she celebrated her second wedding anniversary, @Freshsubomi pointed out that her husband does not drink, party, keep friends, smoke, doesn’t have broad shoulders or fashion sense but he is handsome, calm, God fearing, hardworking and amazing.

Also describing her husband as the kind of man most women pray for, the lady added that she cheated on him with a “fuck boy” before their wedding. She further revealed that it was one of the wrong decisions she made as she almost lost her man.

Read her tweets below; 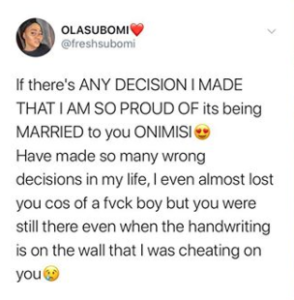 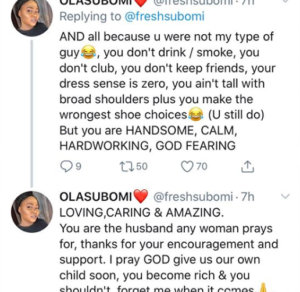 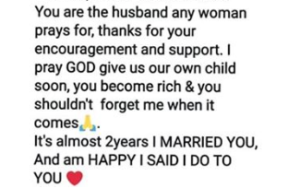