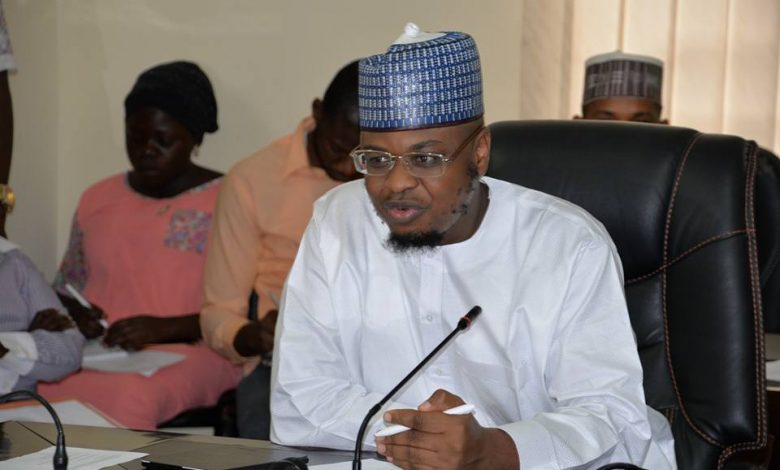 The Minister of Communication, Isa Pantami has told Nigerians to approach the Federal Inland Revenue Services (FIRS) with complaints of  increased phone and text charges which was implemented by telecommunication companies after the newly introduced 7.5 per cent Value Added Tax.

According to Pantami, the ministry he heads is not is not mandated to handle tax issues and so cannot intervene in the issue.

The statement issued by his media aide, Mrs. Uwa Suleiman reads in part;

“The office of the Honourable Minister of Communications and Digital Economy, Dr Isa Ali Ibrahim (Pantami) has been inundated with complaints and enquiries concerning the recent 7.5 percent VAT deductions on voice calls and text messages by some Mobile Network Operators (MNOs).

“While we appreciate the support and efforts of well-meaning Nigerians who have sought clarifications in a civil manner, we wish to inform the general public that the issues of VAT, do not fall under the ministry’s purview.

“The office of the Honourable Minister of Communications and Digital Economy is not mandated to handle VAT.

“In the same vein, we also wish to notify the general public that contrary to popular opinion in some quarters, the Honourable Minister of Communications and Digital Economy had no prior consultation or awareness about the development. All further enquiries and clarifications may henceforth be directed to the Federal Inland Revenue Service (FIRS), being the proper institution for tax matters.”

Recall that while signing the Finance Bill 2019 which was a review of VAT rate from 5 to 7.5 per cent, the reform of domestic tax laws to align with global best practices (such as taxes of digital business and e-commerce) and introduction of tax incentives for investments in infrastructure and capital markets into law, President Buhari said it will fulfill five strategic objectives “in terms of achieving incremental, but necessary, changes to our fiscal laws.”

Some Nigerians have however taken to social media to cry out over the increased phone call and text charges since implementation of the bill took off;

Pls see the screenshot that indicates the 7.5% VAT charge is now being applied on mobile phonecalls

I guess only the rich make phone calls in Nigeria?

Where are the Buharinomics experts & Ajurian economists that claimed the increase won't affect the poor?

Who else noticed the 7.5% VAT charge is now being applied on mobile phonecalls? pic.twitter.com/0EFuOWTnFz

The increase in VAT is for items purchased and not for usage, rather charge me 7.5% for any of service (airtime or data) I purchased, you are now billing me 7.5% for all calls, SMS, data usage and even roaming.
This is a complete fraud on your part. Go and read the Tax law 2020 https://t.co/yoMHo8fFi6

Just found out 7.5% VAT charge is on mobile calls too. Some people were arguing that the increase will basically affect the upper class and middle class folks, so making mobile calls isn’t for the lower class too?