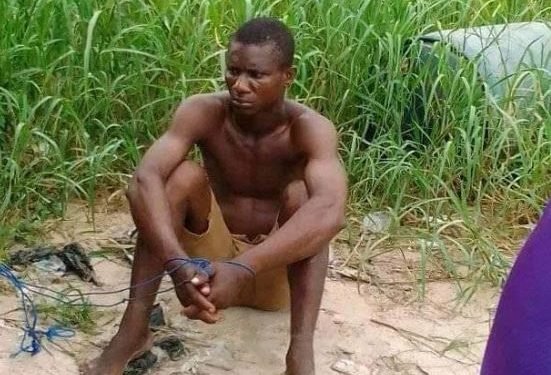 Uwem reportedly buried his wife’s corpse in the kitchen of their apartment at Aparama Fishing Camp in Akassa community of Brass Local Government Area, Bayelsa State.The suspect was arrested after his neighbours uncovered the sad act.

“The deceased was allegedly killed by her husband one Monday Uwem 30 years, at their residence at Aparama Fishing Camp and buried her body in a shallow grave in their kitchen.

“The suspect who confessed to the crime was arrested and detained for further interrogation and Investigation”.