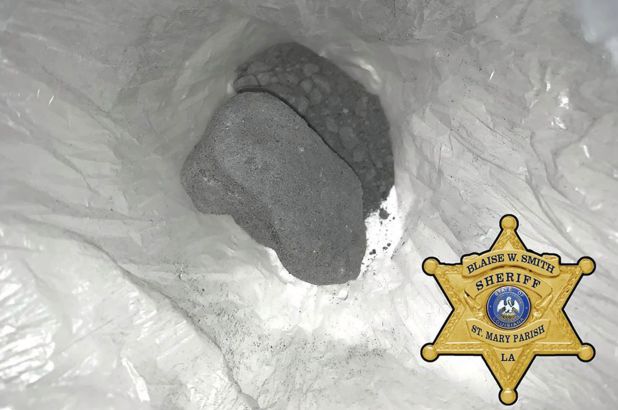 A lethal new drug known as “gray death” has been found in Louisiana — and it is so powerful that touching it could kill you, authorities warned.

The “super drug” — which is composed of heroin, fentanyl and other deadly opioids — is reportedly 10,000 times more potent than morphine, officials claim. It could kill a person through skin contact with the substance, according to the St. Mary Parish Sheriff’s Office.

Investigators who nicknamed the street mixture in 2017 detected it or recorded overdoses blamed on it in Alabama, Georgia and Ohio.

Police say it looks like concrete and varies in consistency from a hard, chunky material to a fine powder.

They also blamed deadly drug for thousands of fatal overdoses nationally, including heroin, fentanyl, carfentanil sometimes used to tranquilize large animals like elephants and a synthetic opioid called U-47700.

The authorities also shared photos of the drug they confiscated from suspects who were traveling across St Mary Parish from the Lake Charles area. 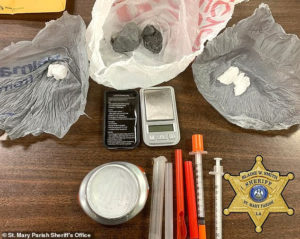 ‘A minuscule amount of this drug can kill,’ the sheriff’s office said in a statement.

‘The public is advised to never pick up or touch this drug if you ever encounter it and to call and report it to law enforcement,’ police said.

‘Gray death is one of the scariest combinations that I have ever seen in nearly 20 years of forensic chemistry drug analysis,’ Deneen Kilcrease, manager of the chemistry section at the Georgia Bureau of Investigation, said.

‘The drug’s ingredients and their concentrations are unknown to users, making it particularly lethal, Kilcrease said.  ‘And because these strong drugs can be absorbed through the skin, simply touching the powder puts users at risk’, she added.