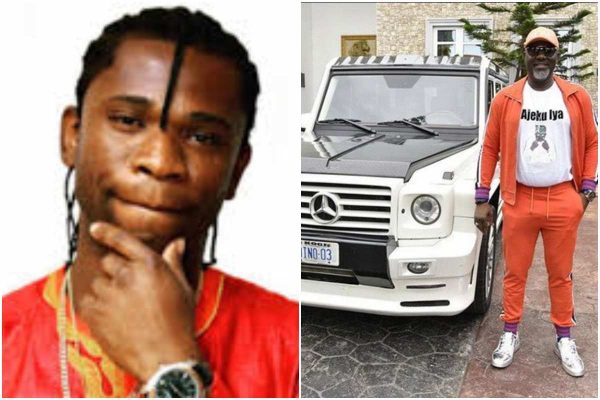 The singer who reacted to a photo in which the former lawmaker showed off his cars, stated that Dino Melaye’s only job was to be a Nigerian senator.

Speed Darlington also averred that he is happy the Kogi born politician did not win the governorship election in the state because “one man should not have this much wealth”.

Oh my God look at one man’s wealth and all he had to do was be an Nigeria senator. Good thing he did not win governorship they broke his leg during that election, no one man should have this much wealth and his only job was to be a senator 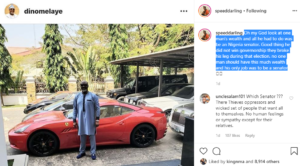 BBNaija: Ozo disappointed as Nengi tells him not to mistake their closeness for a ”relationship”