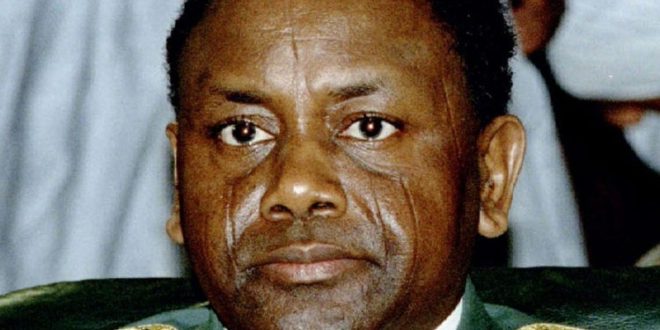 The United States of America and the Nigerian government on Monday February 3, signed an Asset Recovery Agreement to repatriate over $308 million of forfeited assets to Nigeria.

The confiscated funds were laundered through the US banking system and then held in bank accounts in Jersey in the name of Doraville Properties Corporation, a BVI company and in the name of the son of former Head of State of Nigeria, General Sani Abacha.

Governments of the Federal Republic of Nigeria, United States of America and the Bailiwick of Jersey commenced the negotiation of the procedures for the repatriation, transfer, disposition and management of the assets in 2018.

It is expected that the money which was forfeited as property involved in the illicit laundering of the proceeds of corruption arising in Nigeria from 1993 to 1998 when General Abacha was Head of State by a U.S. Federal Court in Washington DC in 2014, will benefit the people of Nigeria as it will be administered by the Nigeria Sovereign Investment Authority and independently audited.

Three critical projects to be executed with the $308m were previously authorised by President Muhammadu Buhari and the Nigerian legislature. The recovered funds will reportedly be used to finance the construction of the Second Niger Bridge, the Lagos-Ibadan Expressway and the Abuja-Kano road.

The Federal Government will also establish a Monitoring Team to oversee the implementation of the projects the money is channeled into and also make periodic reports.

The statement also revealed that the US will continue to seek forfeiture of over $177 million in additional laundered funds held in trusts that name Abacha associate Bagudu, the current governor of Kebbi State and his relatives as beneficiaries.

“Specifically, the laundered funds under this agreement will help finance the construction of the Second Niger Bridge, the Lagos-Ibadan Expressway and the Abuja-Kano road – investments that will benefit the citizens of each of these important regions in Nigeria.

“The United States has asked the government of Nigeria to withdraw litigation it has instituted in the UK that hinders the US effort to recover these additional funds for the people of Nigeria. The United States entered into the trilateral agreement to repatriate the Jersey assets because of its longstanding commitment to recover asset for the benefit of those harmed by grand corruption and because of the important safeguards embodied in the agreement.

“General Abacha and his cronies robbed Nigerians of vast public resources and abused the U.S. and international financial systems to launder their criminal proceeds.

“Today’s landmark agreement returns to the people of Nigeria hundreds of millions of the embezzled monies through a lawful process that ensures transparency and accountability.”