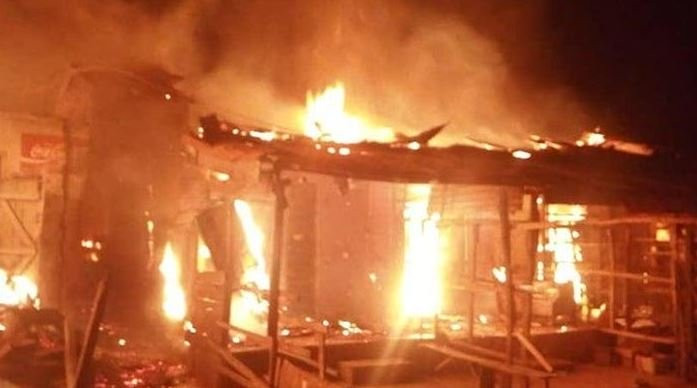 Two weeks after after the Supreme court sacked Emeka Ihedioha and instated Hope Uzodinma as governor, the Orlu Local Government office of the Independent National Electoral Commission (INEC) in Imo State has been gutted by fire.

The incident which occurred on Monday February 3rd has been confirmed the spokesperson of the state police command, Orlando Ikeokwu.

Orlando said the cause of the fire was yet to be ascertained but the command was investigating the matter.