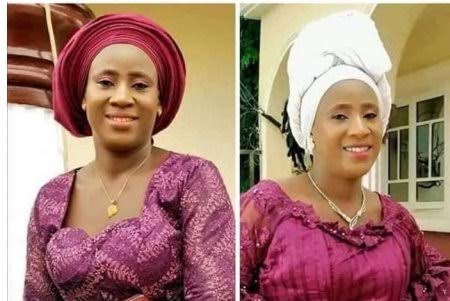 Dr Phillip Ataga, the Kaduna-based medical doctor whose wife, Bola, was recently killed by kidnappers who abducted her and their two children from their home in Jiji, Chikun local government area of Kaduna state, had donated a police station to his community months before the unfortunate incident,  his friend and the police has revealed.

Mrs Bola Ataga’s body was found in a bush over the weekend after she and their two children were abducted from their home. The abductors had reportedly demanded N150 million ransom but when the family could not meet the request, they killed Bola and subsequently demanded N20 million for the release of her children.

Sunday Ogwu, a facebook user who said he spoke with the distraught medical doctor, stated in a post on Facebook, that the medical doctor in the last quarter of 2019, donated a police station to his community to help improve the security situation after at least three persons were kidnapped in the area. Ogwu said the police station is 50 meters away from the home of the Atagas.

The commissioning had the AIG of the zone and the Kaduna State Government officials in attendance, to the delight of the community that has become plagued by constant adoption

The other reason why it is had to process was that, the said police station is located barely 50 meters from Dr Philips residence, where the bandit operated for 3 hours, 10 pm to 1am, unhindered, with sporadic gun shots, until, they succeeded in breaking down the walls, killing the police dogs and reaching for his family.

My subsequent engagement with Dr Philip reveals all the effort that were made to reach the police and military high authorities while the operations lasted.

The bravery of the local vigilante who only bare dane guns was met with superior gun power, which sadly resulted in one of them paying the Supreme price. The public can now understand why the community protest of 25th January received major media publicity, with the locals alleging, police conspiracy.”

Spokesperson of the state police command, Yakubu Sabo, confirmed to TheCable that Ataga indeed donated a police station to his community in 2019, but said he could not remember when exactly.

Efforts are currently being made to rescue the children of the doctors from the abductors.

Ex-Corps Member Rejected Offer to Be Freed By Boko Haram