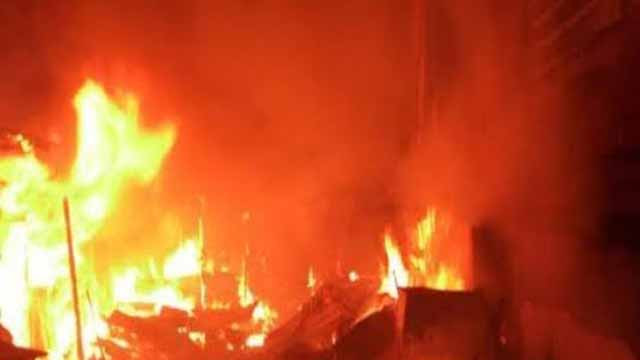 The building was razed down by fire after a gas cooker recently procured exploded while being used for the first time at about 10:30am.

The statement read in parts;

“The Fire allegedly emanated from a gas cooker recently procured which exploded in the course of using it for the first time.

“Following the distress call, Police patrol team led by DPO inland town Division rushed to the scene and the fire was put off by local volunteers.

“Meanwhile, the Area was cordoned off to prevent hoodlums from taking advantage of the situation to loot and casualties taken to Boromeo/Minas hospitals Onitsha for medical attention. No loss of life and victims are responding to treatment.”

Federal Government Says People Are Smuggled In Trucks Out Of Lagos