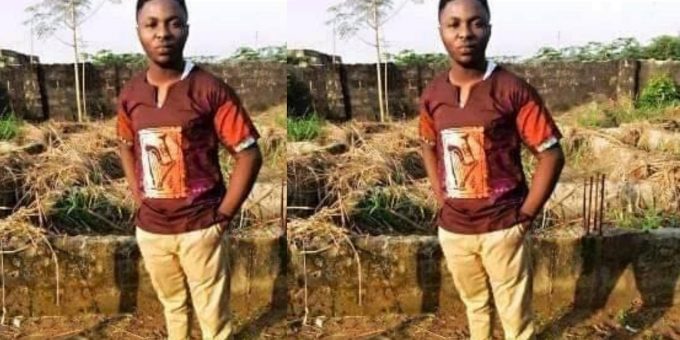 A final year student of Delta State University, Precious Omordia has been confirmed dead after drowning in Okotie river.

The sad incident occurred yesterday around 1:30pm when he went to swim in the river with three friends (a boy and two girls). It was gathered that the deceased’s friends fled the scene of the incident without seeking help.

A search which was launched after his hostel mates got worried over his whereabouts, led to the discovery of the corpse of the final year student of physiology in the river. The father of the deceased was notified before Omordia’s corpse was retrieved and taken to Agbor.

Friends of the deceased have already taken to social media to pen down tributes to him. Here are some posts below; 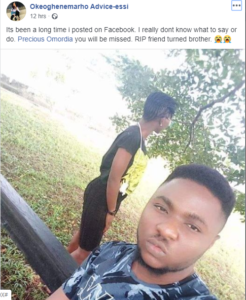 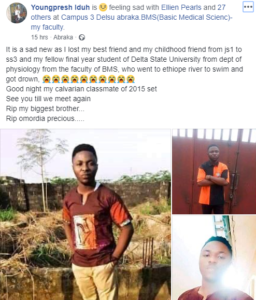 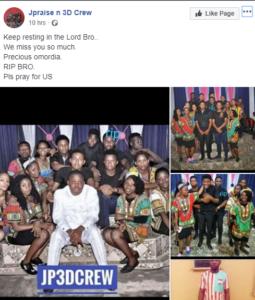