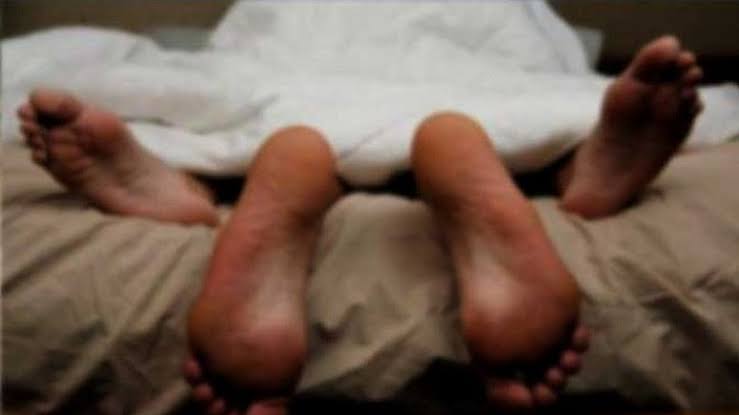 There was a serious  drama at a local lodge after a cheating adulterous couple was caught red-handed by their respective spouses.

The adulterous couple got to know first hand the meaning of the saying hell hath no fury like a woman scorned after they were caught in flagrante delicto. At the time of publishing, sources had identified the cheating couple only as Mai Prince and Baba Theresa.

We  established that the two had a long-standing relationship even though Mai Prince was a neighbour and an associate of Baba Theresa’s wife who we will call Mai Theresa for now.

Mai Theresa discovered the illicit relationship when she went through her husband’s phone and came upon some steamy messages shared between the two and decided to set a trap.

At the time of publishing, details on how the trap was sprung were yet to be confirmed. However, Mai Theresa seems to have joined forces with Mai Prince’s husband and teamed up to bust the two cheating lovebirds after they scheduled a rendezvous at a local lodge.

The two were caught red-handed in the middle of a tryst and were recorded while nude and semi-nude in bed.

It seems like the adulterous couple were too dumbstruck to cover themselves. Baba Theresa manages to save a little dignity by using a single hand to hide his privates. Some eagle-eyed social media users were quick to notice that the hand hiding the privates, has a wedding band on it.

While Mai Prince seems awestruck, confused by the turn of events and does not say anything while the video is being recorded, her lover is being grilled on his shenanigans by Mai Prince’s husband.

Baba Theresa, the philandering husband, claims that he had no idea that Mai Prince was a married woman and claims that she told him that she had separated from her husband. He pleads for mercy.

Woman accuses a pastor who was her boyfriend of rape