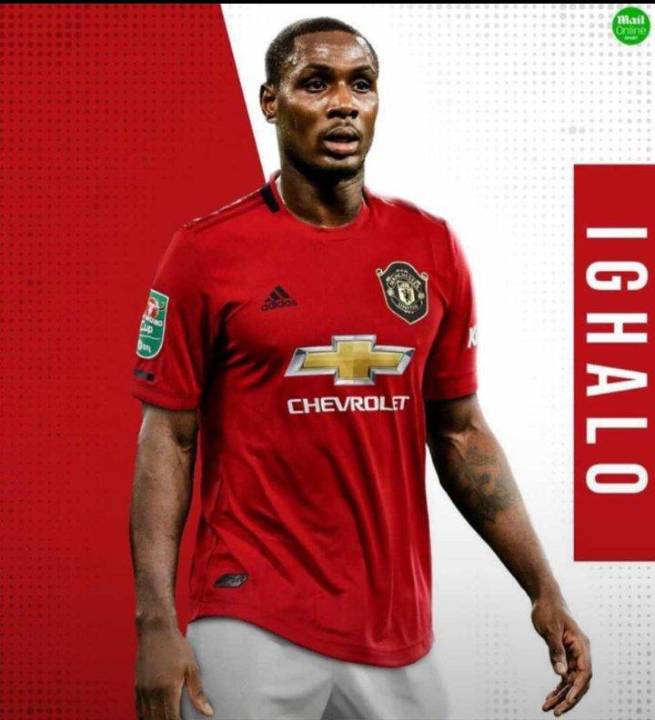 Reason is that, he has always been a Man United fan and wants to fulfill his dream of playing for them.

Manchester United have agreed a deal with Shanghai Shenhua to sign striker Odion Ighalo on a six-month loan.

United are finalising the move to bring in the 30-year-old who has Premier League experience at Watford between 2014-17.

Ighalo is in pre-season training with Shenhua, but the new Chinese Super League season has been delayed due to the escalation of the coronavirus.

Tottenham also made their own late attempt to secure a loan deal for Ighalo on Deadline Day.

United earlier had a £20m bid for Bournemouth striker Joshua King rejected as the club target cover in the absence of the injured Marcus Rashford, but their pursuit of the Norway international appears to have ended.

Inter Milan also wanted to sign Ighalo, when their pursuit of Chelsea forward Olivier Giroud failed, but the Nigerian had his heart set on a move back to English football.

After the home game against Wolves on Saturday, live on Sky Sports, United have a 16-day gap before they play Chelsea in their next Premier League fixture.

Tottenham, who have explored a number of short-term options to cover for the injured Harry Kane this month, are increasingly unlikely to sign a striker but continue to explore what are now limited options.

NFF to support Nigerians with yam tubers during lockdown