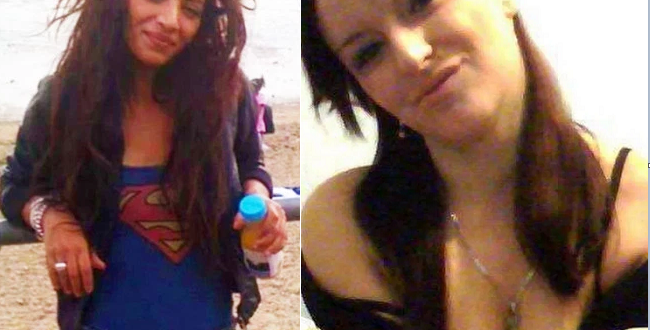 A Man has been charged with the murders of two women who were found dead in a chest freezer in east London.

Zahid Younis, 35, has been charged with murdering Mihrican Mustafa, 38, and Henriett Szucs, 34, nine months after they were found frozen at a property in Canning Town.

He will appear at Wimbledon Magistrates’ Court on February 14.

Scotland Yard launched a murder probe after the women’s clothed bodies were found fused together in a small chest freezer.

Henriett Szucs was a 34-year-old Hungarian national, while Mihrican Mustafa, 38, was a missing mother-of-three.

Ms Mustafa who was also known as Mary Jane and MJ, disappeared in May last year.

She left her mum’s house one day in May last year, with only her phone and £3, and never returned.

The Met referred itself to the Independent Office for Police Conduct in keeping with protocol as Mary Jane was a missing person.

Ms Szucs had been in the UK for several years but was of no fixed address and had been last heard from in summer 2016, the Metropolitan Police said.

When the bodies were found, the case made national headlines and sent shockwaves through the Canning Town community.

Detective Chief Inspector Simon Harding previously said: “The way in which they died is truly shocking and our heart goes out to these women’s friends and families.”

Speaking immediately after the deaths, Det Ch Supt Richard Tucker added: “The launch of any murder investigation is naturally of concern to the local community.

“We have borough officers in the area supporting colleagues from the Homicide and Major Crime Command as they investigate the full circumstances.”

After hearing about Ms Mustafa’s death her relatives posted tributes on Facebook.

Mel Mem said: “It’s been confirmed that one of the ladies is Mary Jane Mustafa. RIP now my beautiful cousin. Be the angel you deserve to be.”

“I looked high and low 24 hours a day for you, I promise I did everything I could to find you. Not a day went pass without me trying.

“Miss you like crazy I still don’t believe it, it’s not sunk in yet…rest in peace beautiful.”

On May 1, 2019, Younis was charged with two counts of preventing the lawful and decent burial of a dead body.

He appeared at Kingston Crown Court on May 29.

Previous Coronavirus: US bars foreigners who recently visited China
Next Marriage does not complete you, it compliments you- Reno Omokri