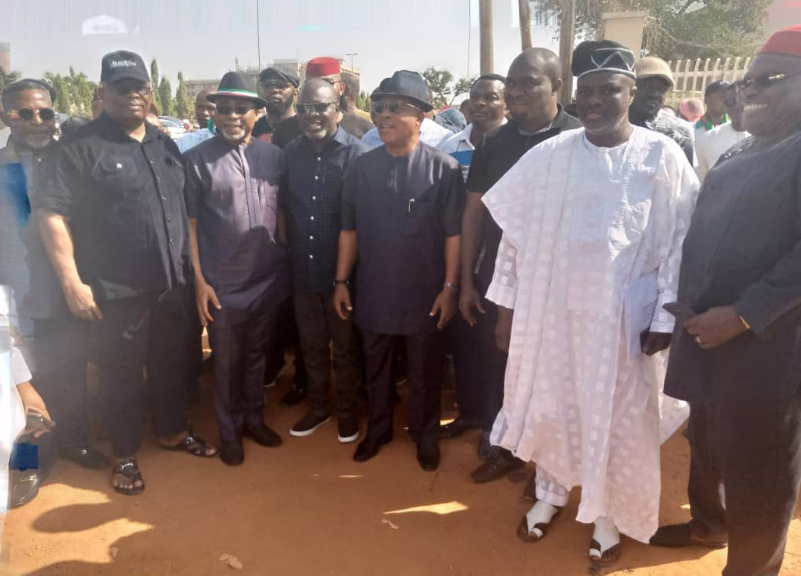 On Friday January 31st, members of the Peoples Democratic Party led by its chairman, Uche Secondus, had a peaceful protest at the US and UK embassies over the January 14th Supreme Court verdict sacking its member, Emeka Ihedioha, as the governor of Imo state and replacing him with APC’s Hope Uzodinma.

The protesting members submitted petitions to the embassies, requesting a reversal of the Supreme court judgement and reinstatement of Ihedioha as governor of Imo state.

Reacting to the protest, Minister of State for Labour and Employment, Festus Keyamo, said the action by the protesting PDP members can only be described as ”Comedy at its best”. 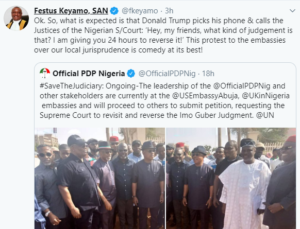