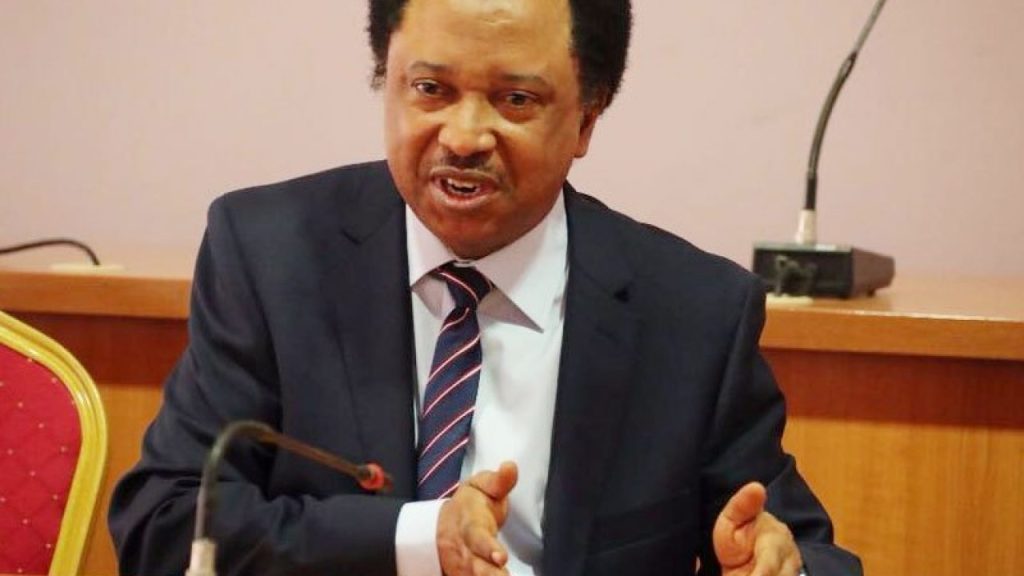 Shehu Sani has opened up on his ordeal while being detained by the Economic and Financial Crimes Commission (EFCC) over allegation of extorting the Chairman of ASD Motors, Alhaji Sani Dauda of $25,000 which he allegedly promised to give to Chief Justice of Nigeria Ibrahim Muhammad to influence some pending cases in court, and also to the acting Chairman of the anti-graft agency, Ibrahim Magu.

The former Senator who was released on Thursday, said his incarceration for 30 days in EFCC’s jail was unfair, unjust and a clear breach of his fundamental rights.

Sani insisted that he was framed as he alleged that he was placed in the underground cell of the EFCC on the orders of its chairman.

“I wish to thank all individuals and groups that have shown concern, support, solidarity, and prayers during my 30 days of incarceration in the underground cell of the EFCC on the orders of its chairman.

“With gratitude to Almighty Allah,  my special appreciation to Amnesty International, SERAP, HURIWA, and other groups, numerous to mention.

“My incarceration for 30 days in the jail of EFCC was unfair, unjust and a clear breach of my fundamental rights and hence stands condemned.

“During my unjust stay in the EFCC cell, I was subjected to traumatizing interrogations; My houses and offices were searched.

“They compelled me to declare my assets, they tried to subject me to polygraph lie detector tests, my accounts were blocked, and my phone was seized, all in the name of fictional $24,000 or $25, 000 extortion.

“Any Information planted in the media by the EFCC spokesperson while I was in their custody about me is outrightly false and nothing but a bacterial and fungal infested concoctions, typical of their style.

“Our country will continue to be at the bottom strata of the transparency International index as long as our anti-graft agencies only use their might and arsenal to crush ants while lacking the courage, the heart, and the liver to confront the snakes, the vultures and the hyenas of the ruling establishment.

“They can frame me, detain me but can’t silence me.

“I shall abide by all the conditions of my bail and appreciate the courage, compassion, and wisdom of the court in granting me the bail.

“In an ideal democratic state, all agencies of the government are obliged to operate within the dictates and the ambit of the rule of law or the nation leaps into tyranny.

“The rule book of Stalin, The manual of Hitler or road map of Mussolini should not be the guidance and the compass of the nation’s security and anti-corruption agencies in their quest to sanitize our country.”

Politicians Who Put Their Faith In Criminal APC, PDP Have Been Disappointed — Sowore | Aproko Nation