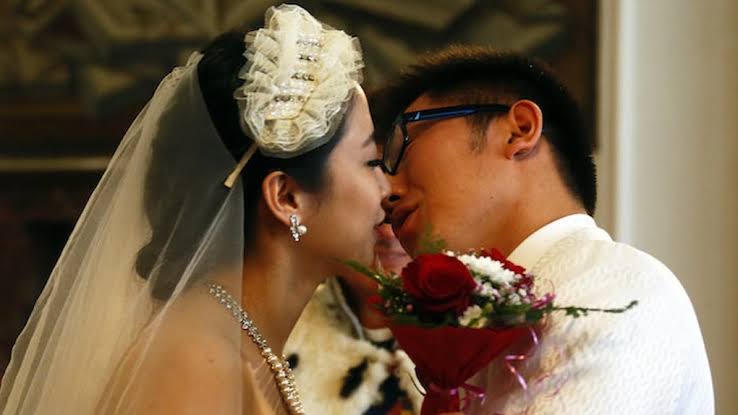 China has asked couples to delay their nuptials from a popular wedding date and families to scale down funeral services to help slow the spread of the country’s viral outbreak.

The appeal came as the death toll from the new coronavirus soared to 259 and the total number of cases neared 12,000 nationwide.

“Where marriage registrations have been announced or promised for February 2 this year, you are advised to cancel it and explain the situation to others,” a civil affairs ministry statement said.

February 2 is considered a lucky date for wedding ceremonies this year because the sequence of numbers ‘02022020’ is a palindrome, meaning it reads the same backwards as forwards.

The ministry said it would temporarily halt marriage counselling services and asked the public not to hold wedding banquets.

They also advised that funerals should be held in a ‘simple and expeditious manner to avoid gatherings of people’ and the bodies of any victims of the coronavirus should be cremated as soon as possible.

China has introduced drastic travel restrictions and pushed back the end of the Lunar New Year break — when hundreds of millions of people travel across the country to visit family — in a bid to contain the virus.

Schools and universities nationwide have been told not to resume classes, officials have urged factories to delay their return to work and the public has been asked to avoid large crowds.

School feeding programme will continue despite closure of schools – Minister